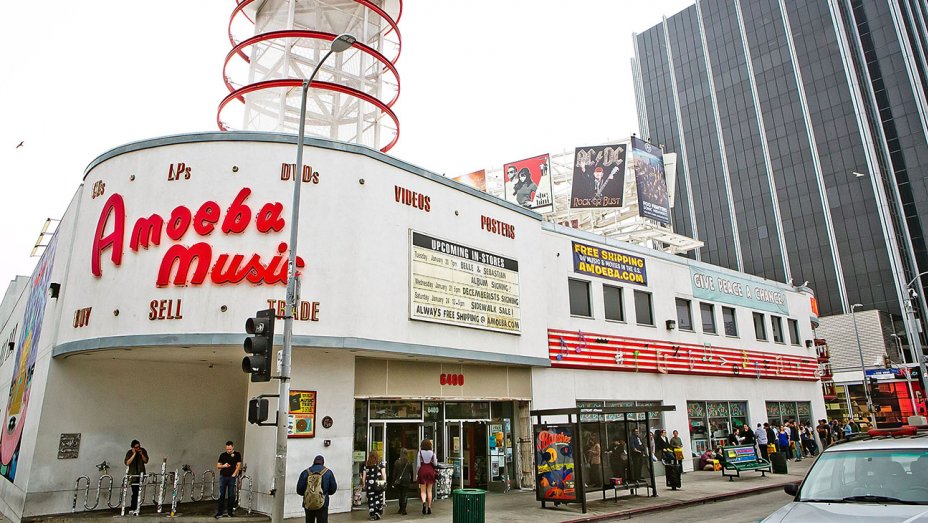 The record store is a dying beauty of Americana while this article will close with the slightest dash of optimism, everything you read between now and is something that I’m not happy to be writing about.

Amoeba Music on Sunset Boulevard is closing. ABC7.com reported that on June 25th the Los Angeles City Council voted to approve plans demolishing the iconic store to build a 26-story apartment building. The property will contact 232 residential units, with 10 of them reserved for low income families. There will also be commercial space, open space, and I’m sure I won’t be affording it anytime soon.

Apparently the deal was made back in 2015 to sell the land occupied by Amoeba since 2001. Now we are seeing the final steps before the store pending destruction. There’s no official closing date but their lease is good for another year.

Now I’ve only been in Los Angeles for about a year and honestly I’ve been to Amoeba all of three times. It’s crime on my part, I know… so the wonderful nostalgic connection to this specific place some of you might have, is unfortunately unknown to me. However, being from Cleveland I am no stranger to a beloved location being bulldozed for the sake of housing. And for those of you who are not fans of losing another piece of Los Angeles culture to another trendy Los Angeles apartment building, I completely understand your frustrations.

Granted, the Amoeba people plan to reopen at another location, but how long will it be before that place get turned into apartments… and so on. I realize that’s basically a single sentence summary of one of the many challenges in the retail industry these days. However it’s also a statement on the hardships these relics of consumer culture face as the Bezosian Army takes over the retail world. We all know stores are drying up like your throat after a hefty shot of bourbon, but there is still a place for buying physical copies of recordings as there is a place for subscribing to Spotify and Apple.

I might be alone in this… I feel it was cooler to collect vinyl a couple of years ago. Maybe even as far back as 2010. There was something about just randomly going to the record store on a Sunday that used to bring me much joy. Then when corporate America figured out people were buying records again, part of the allure of vinyl culture for me went right out the window.

My opinions are mostly driven by economics. Vinyl jumped up in price. I saw a massive flood of bonus feature/box set records that hiked the cost of Weezer’s Pinkerton from $20.00 to over $100.00, and to make matters worse… everybody started doing it. Incorporating these marketing tricks to suck any dollar they can out of you. Basically falling back on the business model of compact disc. I try to get out to support the record stores as much as I can, but when you’re looking at a price tag of $35.00 for a less than ten track, non-deluxe edition, Atoms For Peace album, something is definitely wrong.

Every single record purchased in America should simply come with the vinyl, liner notes, a digital download code, and should be purchased for under $25.00. While you might read all these articles about vinyl being on the rise, there sure are a ton of bands and record store trying to stay afloat.

So I said this article would end on an optimistic note and it’s the fact that Amoeba does plan to reopen. Hollywood is the target area but nothing is confirmed. For now the beast known as Amoeba Music isn’t dead yet but if the retail and music industries don’t start making changes soon… we might never walk into a record store again.

And to the city of Los Angeles, yes we need more housing, but not at the cost of culture.