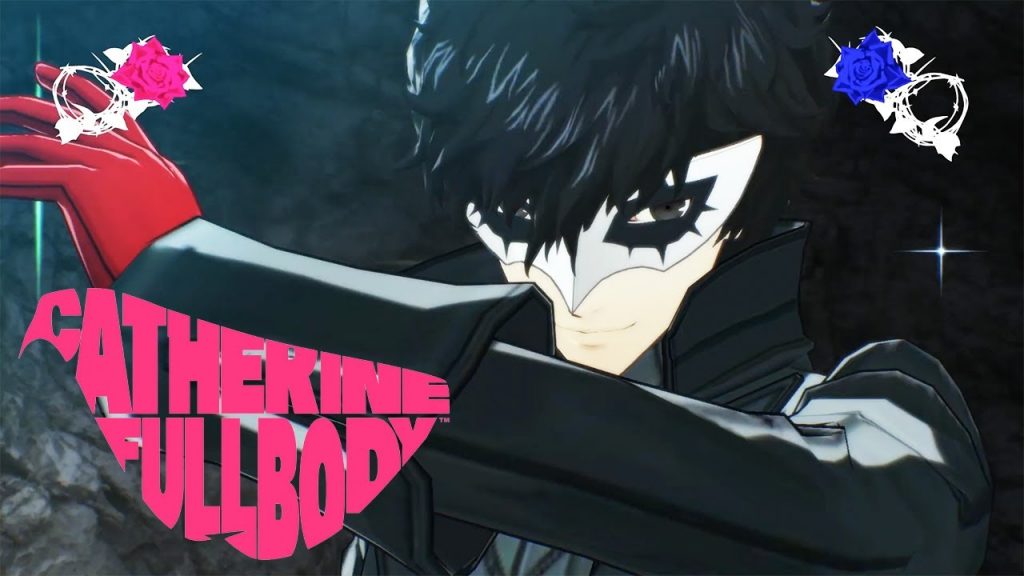 Joker and the gang are at it again, but this time in an unexpected locale. They are taking on the nightmarish puzzle realm of Catherine: Full Body. During E3 2019, ATLUS officially announced a cross-over between Persona 5 and Catherine for the re-release of the puzzle-platformer this September.

Persona 5’s main English voice cast will all make their appearances in Catherine: Full Body. The leader of the Phantom Thieves, Joker, will be a playable character for the multiplayer mode of the game. This means he will be playable in the Babel and Colosseum game modes. There are two ways to acquire the Phantom Thieves inside the game. First, you can purchase the Catherine: Full Body premium edition of the game which will automatically include Joker and the gang. If that’s not your style though, you can also acquire the Phantom Thieves by purchasing the add-on after the game launches.

The official announcement trailer shows off Joker’s agile thievery skills as he scales the trap-ridden block puzzles the game is known for. His teammates cheer him on as he makes his way upwards. In multiplayer mode, we can see the cut-throat competition at work. At one point, Joker pulls out a block which causes his competitor to fall farther down the block puzzle. At another instance, we see his competitor slide off of ice blocks to his death.

You can journey with Joker across these nightmarish landscapes when Catherine: Full Body launches on September 3 for PlayStation 4.