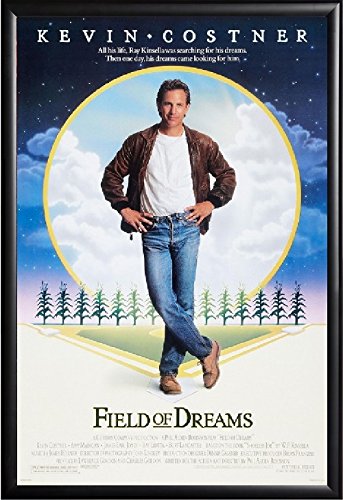 “Field of Dreams” Returns to Theaters in Special Showings

“If you build it, he will come” is the classic line from the 1989 fantasy-sports movie Field of Dreams. Now, in honor of its 30th anniversary, Turner Classic Movies is bringing Field of Dreams back to theaters for special showings as part of its TCM Big Screen Classics series.

Field of Dreams tells the story of Iowa Farmer Ray Kinsella (Kevin Costner), who one day hears a voice telling him to build a baseball field while he is walking through his corn. He builds the field and is soon visited by the ghosts of dead players who relish the chance to play baseball again. The first ghost is disgraced ballplayer Shoeless Joe Jackson (Ray Liotta), who Ray’s father idolized.

Field of Dreams was written and directed by Phil Alden Robinson based on the novel Shoeless Joe by W. P. Kinsella. It was nominated for three Academy Awards: Best Original Score, Best Adapted Screenplay, and Best Picture. It has an 86% rating on Rotten Tomatoes, where the critics’ consensus is: Field of Dreams is sentimental, but in the best way; it’s a mix of fairy tale, baseball, and family togetherness.

Field of Dreams will be showing on Sunday, June 16 and Tuesday, June 18. You can check for showings near you at Fathom Events.