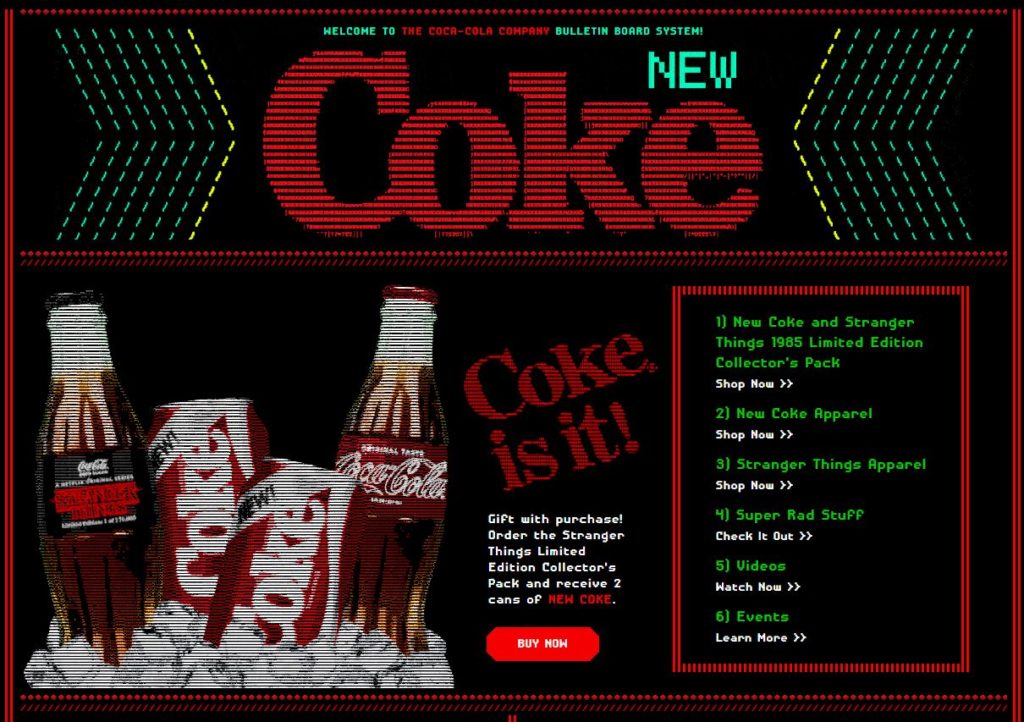 Just when you think things can’t get any more…Stranger, Coca-Cola comes in and says “Hold my soda.”

To celebrate the release of the new season of Netflix’s retro series Stranger Things: Part 3, Coca-Cola has partnered with Netflix to celebrate a…classic?

Though it may seem like an ad for regular Coke, it is actually for the failed experiment “New Coke”. You see back in 1985, the soda company decided to revamp the ‘Original’ recipe and called it “NEW” Coke.

And it super sucked according to the people of America. Per this article here, the New Coke recipe last all of 11 weeks before it was reverted back to the now “Original Taste”. ELEVEN weeks.

I see what you’re doing there Duffer Bros.

A limited supply of the vintage beverage will be available NOW as part of a robust promotional campaign. New Coke will also appear in several episodes of the show. Representatives of both companies said no money changed hands in that product-placement deal.

To get your hands on a can, head over to https://www.cokestore.com/1985/ or if you prefer to do it in person, be at their Vegas or Atlanta store on June 4th. There will only be 1,000 cans per store with a limited cap online.

This post was not sponsored by Coca-Cola but I did already buy 4 cans of New Coke.