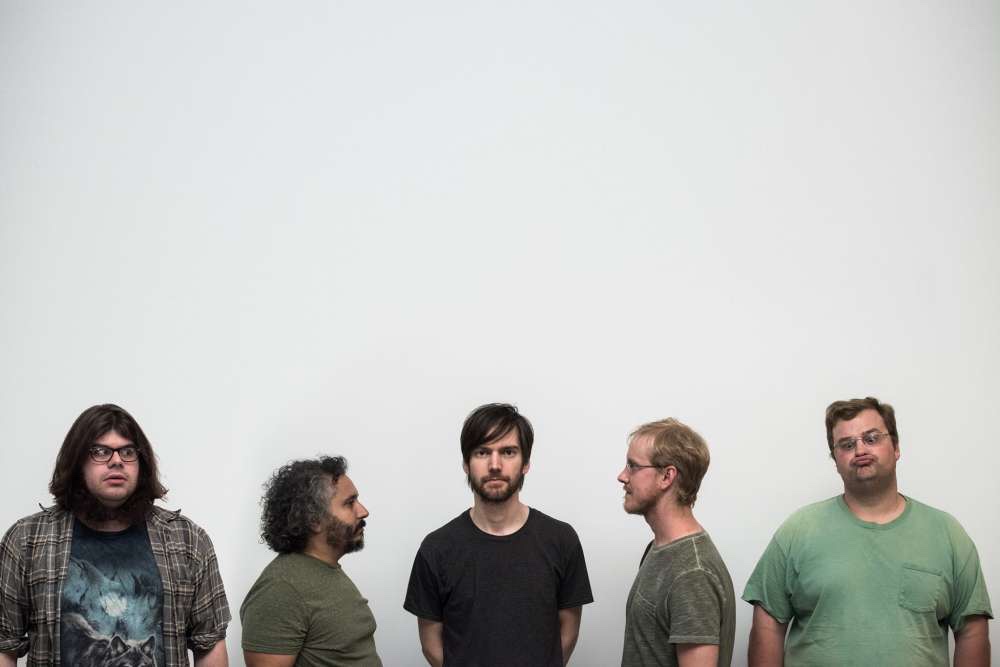 Check Out Our Interview With Herzog; A Great Band From The Great Lakes

A couple weeks ago I wrote a piece about a wonderful up and coming band from Cleveland called Herzog. Fresh off the release of their new album Me vs. You, the group is poised to do something very special in the near future.

You can read the article by clicking this link.

Our editor, Breana Ceballos was kind enough to patch me through to Tony Vorell and Nick Tolar of Herzog who took some much appreciated time to answer a few of my questions.

Check out the interview below!!

Thank you very much for allowing me to have this opportunity to interview you. Myself and the rest of Nerdbot really appreciates your time.

I want to start off by saying congratulations on the new record. Me vs. You is a perfect follow up to 2014’s Boys. As I’ve listened to Herzog’s discography over the years, I’ve noticed major growth in the content of the lyrics as well as the musical compositions. You seem to be evolving, while not abandoning your signature sound.

How would you describe sound or themes in Me vs. You compared to the previous albums?

Tony: “I think every album sounds a little more like ourselves.  A little less just the sum of our influences, and more unique.  The lyrical themes are a little more wide ranging too, and that’s a function of being drawn from a larger group of songs written over a longer period of time.  I’d say we probably worked up about 30 or so songs that we refined into this batch of ten.”

What were some of the events from your lives that shaped the record’s track list?

Tony: “Two of us have had kids now, and that creeps in, although we’ve made a conscious effort to avoid Dad Rock. “No Place Is Safe Forever” is based on talking to fellow parents who are immigrants who have a different perspective on raising kids in America today. It’s something I wouldn’t write on my own, but I can tell a story someone else told me. We’ve also all had the standard batches of disappointments and deaths that accrue over five years. We lead pretty normal lives, but as Herzog hero Harvey Pekar observed… ordinary life is pretty complicated stuff.”

“Amps II Eleven” is one of the many standout tracks on Me vs. You.  It’s just this uptempo play it loud and have a good time kind of number.  Is this song symbolic of a specific time or event in your lives?

Tony: “Funny you mention… we just saw one of the guys we were thinking about when we were on tour.  He’s a Clevelander, but is always coming or going out of town.  But we’re still good friends with him, and we’re glad he’s happy where he is.  We have a lot of friends like that.  There’s a point in your thirties when you look at your friends and say – “I’ve known you since we were teenagers, and that’s half my life now.”

Who are some of your musical influences?

Tony: “A band both has a vision they all subscribe to, and personalities they’re trying to express. We all listen to tons of stuff that doesn’t get added to the Herzog stew. If I can speak for my bandmates:Nick is the classicist.  Like Springsteen, and the Beatles, and the Replacements. He also listens to guitars the most.I’m the writing nerd. Lots of 1970’s classics like Randy Newman, Paul Simon, etc. I also think the best writing being done today is from hip hop. (I agree) Dan likes more traditional modern rock, Foo Fighters, Dismemberment Plan, etc. Because of the studio, he also has a fine ear for production.We found Charlie because of his love of Black Flag, but we’ve also learned he equally loves Black Flag’s polar opposite, hair metal. Dave is hard to pin down. He never advocates for any one band or sound, but always pushes for greater musicality. I don’t know what he listens to when he goes homeThe new tour drummer Alec is more experimental, likes more left field stuff like Kraftwerk. We’ll see how this folds into Herzog. He’s also a pro, so he can fall into whatever style we want to try.

That’s an impressive range of bands.  I’ve always found it interesting how people with such a variety of influences can unite and make music together.

Tony: “Honestly, I don’t think about it too much. The way we hash things out as a band, live, face to face, is a bigger predictor of our sound than our musical histories. It’s not like I wanted to sound like The Replacements, and had to settle for Herzog.”

My favorite Herzog song is “You Are Not The Villain” and I wanted to ask what is the inspiration behind that track?

Tony: “Well, while we were working on that song, it was just called “Hum song” because it sounds so much like that beloved 90’s space rock band. Lyrically, it came from that idea that in your life, it’s not like you have some comic book supervillain who’s out to get you. It’s just a bunch of dudes who got their own problems. It’s kinda freeing.”

As I started the interview I got a Facebook notification letting me know Herzog will be opening for J Mascis at the Grog Shop. Are you excited to be playing with such a legendary artist?

Tony: “We’re Dinosaur Jr. fans, so yeah… we get a little gear envy with them, because Dino Jr. are really loud, and we just don’t have that big a stack yet. I haven’t listened to his most recent solo album, so I hope it’s still kinda rocking. I’d hate to be the rock band when he’s going through a country phase.”

Also, I’m glad you referenced Harvey Pekar because I’ve always noticed a certain sense of humor in some of the lyrics. A kind of uniquely Rust Belt perspective on elements of day to day life, same as Harvey’s. Has Harvey Pekar been an influence on the band?

Tony: “Yeah, tons. He’s a hometown hero for us for sure. He did that trick of giving dignity to Cleveland’s small time foibles, while presenting genuinely unique art. I aspire to do the same with music. He had a thing in one of his books where he said government work is a great place for a man with no ambition but lots of patience. That influenced me heavily into working the Veteran’s Hospital. I wish I could say our time overlapped, but he retired before I got there. I only met him once, at a “Brave Combo” show. He was appreciative of my support, but mostly focused on the music.”

I’m glad to hear Harvey Pekar was such an influence on you. The man is a true Cleveland treasure.

Tony: “Yeah… his estate seeded a graphic novel collection at my local public library. There’s a statue of him there.”I’m happy to hear Harvey’s estate made the donation to the library. It’s a great way to keep him alive for future generations. Tony: “Yeah, if you want to get extreme local politics, that’s the work is his widow Joyce Babner, who’s a writer too, and just Cleveland heights presences. She’s at a lot of neighborhood events, as a righteous person.”

If you were going to recommend one of his works, which one would it be?

Tony: “There are two American splendor anthologies that collect a lot of different material from the 70s & 80s, including the Robert Crumb stuff. Those are a good bang for your buck. But after he retired, he did long, coherent graphic novels with the same illustrator, one called Quitter about his childhood and another called Harvey Pekar’s Cleveland… those are both great introductions to him.”

Other than Pekar’s work, do you read any other comic books?

Tony: Yeah, I’m a little out of touch, but I like a lot of the big narrative graphic novels, like Daniel Clowes or Allison Bechdel. Pekar was great at working with other illustrators, so people like Ed Piskor and Gary Dumm have careers of their own that are worth following. John Backderf, who goes by Derf, is having a big moment with the My Friend Dahmer movie. He was a Cleveland serial cartoonist for years while he worked on that, and a lot of us remember him fondly from those weekly strips.”

Also I’ve been a fan of Derf for years, glad he’s having a big moment with the release of the film. It’s long overdue. Are you more of movie nerds? Or gamers? Or regular books?

Tony: Nick is the biggest movie nerd.  He’s the one who named the band after Werner Herzog.  He’ll go see lots of stuff on his own, and I’ll have no idea what he’s talking about.  A lot of us have caught the podcast bug… so we’ll talk about Song Exploder, or Radiolab, or 99% Invisible.

Believe it or not, I seriously never made the connection to Werner Herzog until now.  Don’t know how I missed that one.

Tony: “My friend Kevin is a St Louis Cardinals fan, and he insists it’s Whitey Herzog… choose your own adventure.”

With a brand new album out… what’s next for Herzog?

Tony: “Well, we recorded some stuff on January with Chris Keffer. And then with Dan’s studio Primitive Earth coming fully online, we should have a much shorter release cycle. Like a single series or something. More tours. This tour went really well, and I think we’re set up to have more successful tours than before.”

I hope this interview brought you as much joy as it did me. You can check out Herzog’s Facebook for the latest news and touring information. Also their new album, Me vs. You is available for streaming on Spotify or you can purchase a copy by clicking here. I highly recommend it.

Should I do more interviews? Also, what do you think of Herzog? Let Nerdbot know in the comments!!