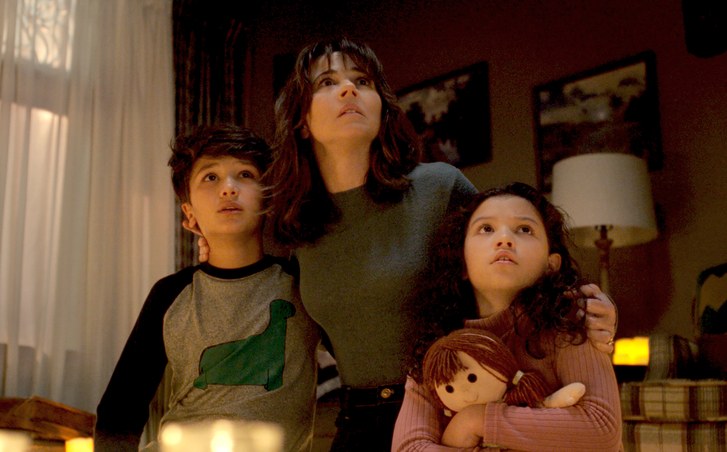 ‘The Curse of La Llorona’ Not Scary Enough

This weekend I had the opportunity to watch “The Curse of La Llorona,” the latest film of The Conjuring Universe. And I am going to come out and say it from the very beginning, I was not frightened in the least.  Now, I can explain. The reason I was not frightened was due to the fact that they showed the antagonist in the very first trailer. Then they kept showing her throughout the entire film. And if I have said it once I have said it a million times, “less is more.” That is what made the first “The Conjuring” so great.  That feeling is suspense and mystery. The feeling of dread that comes with not knowing what is behind the next corner.

Well, now that I have got that out of the way, I can say what I did enjoy.  First and foremost, I enjoyed having a piece of my culture on the big screen.  There is just so much heritage and stories to come out of Mexico. In fact, there were quite a few moments that made me laugh.  Now I am not saying that the film is a comedy, but like all great horror movies, it does need a few moments of levity. The majority of the humor came from Rafael, a curandero (spiritual healer) played by Raymond Cruz. And it’s not because he is intentionally trying to incite laughter, but because as a Hispanic there are things that he does that I could relate to.  My favorite of course is breakfast for dinner.

The rest of the cast does well enough.  With Linda Cardellini, playing the recently widowed Anna. In fact there is a scene where one of the children is watching Scooby-Doo, a quick nod to her time playing Velma on the big screen.  And the children are actually able to hold their own and make it believable. Also Tony Amendola returns from Annabelle as Father Perez, bridging the films together.

Overall, while the I found the film not scary, I did find it enjoyable.  Hopefully, Hollywood will take note and scale back on the effects and give us true horror and suspense.  But overall, I would say check it out and at the very least, you may have learned a little about a different culture. All in all I would give it 3.5 out of 5.