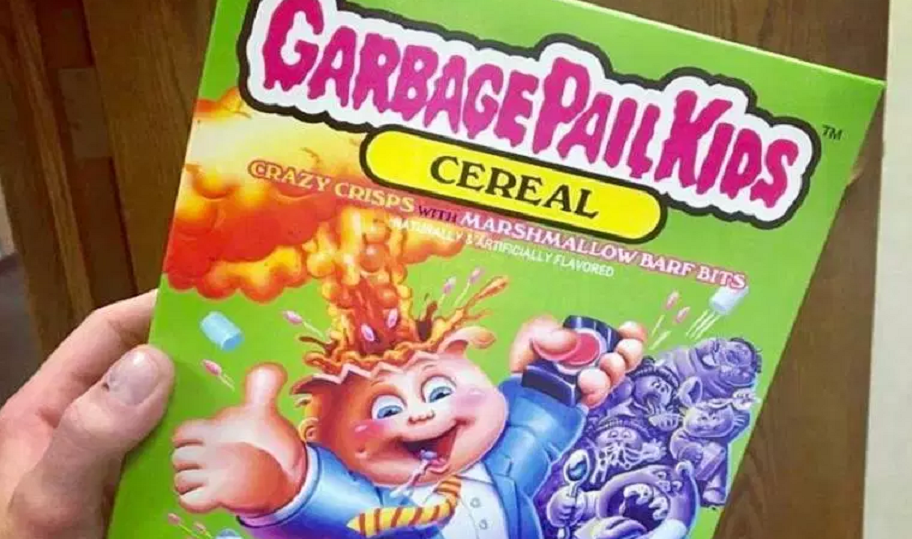 It seems crazy that something that started out as collector cards in 1985 would be making a comeback now in the 2010’s but that is exactly what the brand Garbage Pail Kids is doing. Now though instead of collecting cards and memorabilia they are offering up the brand as a food. The cereal will even include marshmallow “barf bits”. Yum.

They will have two candy bars, the “Leaky Bar” which I imagine to be somewhat like a Reptar Bar and a “Blasted Bar” which you might assume was sour. The Crazy Crisps with Marshmallow Barf Bits will be like rice crispies with marshmellows and come with two exclusive trading cards. The energy drink will be cherry.

You can actually buy the energy drink right now on their site for $3.99. And if these treats don’t interest you why don’t you check out these WWE infused T-shirts that they collaborated on with Garbage Pail Kids earlier this year?

What do you think of the new foods? Would you try any? Tell us in the comments!

*Pictures taken from article by John Squires which you can read here.