These are definitely the droids you are looking for! If you’ve ever dreamed of your own adorable robo companion then Star Wars: Galaxy’s Edge will be the place to go! At this year’s Star Wars Celebration in Chicago, Disney Parks staff showed off the custom droids guests can create in their park.

Guests will build their new companions at the Droid Depot inside Star Wars: Galaxy’s Edge. You can choose between an R2- or BB- series droid. All droids are roughly 18 inches tall and fully remote-controlled. The system runs on AA and AAA batteries. Each droid can move any direction and access additional accessories using their remote. Mock tools and blasters are just a few of the accessories these droids will have at their disposal.

Each guest will be able to fully customize the appearance of their droid using various multicolored parts. Droids will also accept a tiny card known as a personality chip. Three types of chips will be available: the Resistance, Smuggler and First Order factions. Your droid will interact to your trip through the park based on the personality chip they contain. For example, a Resistance droid will be happy when in areas controlled by the Resistance but will act fearful in First Order territory. Additionally, these chips will change the sounds your droid will make. Standard droids will sound like their originals, R2-D2 or BB-8.

The park will also offer additional accessories that can be purchased with each droid. For instance, guests can purchase a small backpack with a flap at the top that allows your droid to peek out and communicate with you.

Three non-customizable droids will also be available. The first, R3-X, otherwise known as Rex, serves as the DJ in the Galaxy’s Edge cantina. Thus he is equipped with a fully functional Bluetooth speaker to blast out tunes. The second, a small mouse droid, includes a set of hidden toy missiles. The third droid, Goldenrod, is the same size as an R2 and is based off of C-3PO. He not only has removable limbs, but he will tell you the whole Star Wars saga in Ewokese if you press the button on his torso.

Disney Parks staff did not announce pricing for the droids at the Star Wars Celebration. Did they really need to though? I have a feeling that a lot of people will shell out cash for the chance to create their own little robot companion. After all, what is cooler than walking through the park with an army of droids at your side? 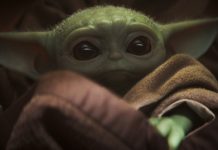 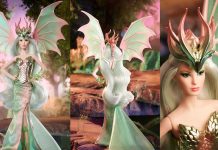 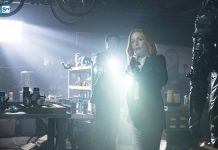 Billie Lourd Played An Important Part In The Rise Of Skywalker