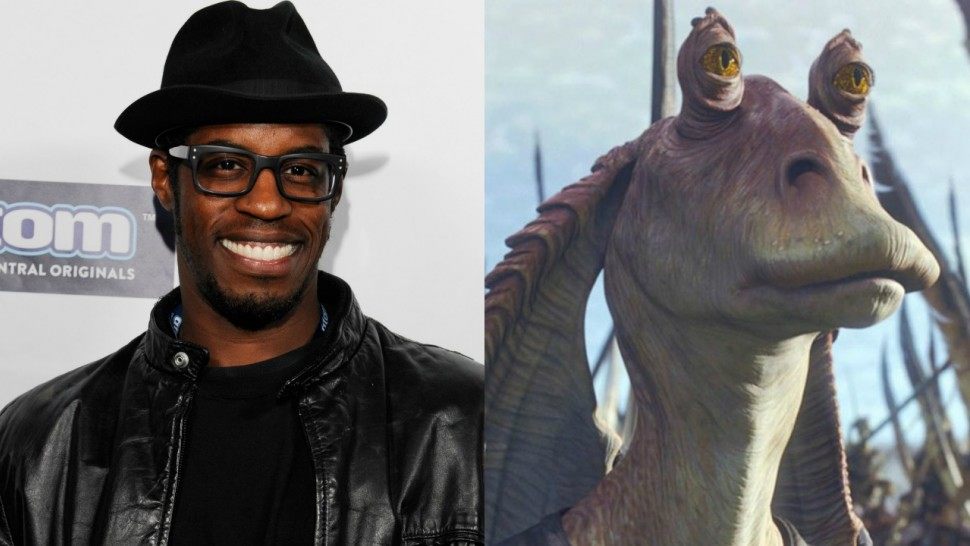 One of the best parts of Star Wars Celebration has been seeing how a massive group of fans can come together in a positive and supportive way. While there is no such thing as a fandom without their bad apples, most of what we have seen coming out of this years event has been mostly uplifting. For example, while Rose Marie Tran had to quit social media because of constant harassment, she was given a heroes welcome when she came on the stage with JJ Abrams. Another moment of fans showing the best side of themselves came when Ahmed Best also received an ovation when he showed up in Chicago over the weekend.

Best has unfortunately been the punching bag for many people who are down on the prequel trilogy. Through no fault of his own, he had to take the brunt of criticism over being Jar Jar Binks, a character designed expressly to help young kids get into the franchise. Older fans and critics were merciless in taking a mostly harmless character and turning him into a symbol for everything the saw wrong with the prequels and George Lucas. It took a toll on the actor who admitted that it drove him to a really deep depression. With The Phantom Menace turning 20 years old, he was part of a panel to look back on a movie that people are still fairly divisive about.

Actors Ian McDiarmid, Ray Park, Anthony Daniels and Warwick Davis showed up along with Best for a panel on the movie. The highlight came when Ahmed Best took to stage for an uproarious ovation from fans who chanted his name. Best held it together but it was clear that he was touched from the response and grateful that he could attend his first Celebration in triumph. It was a really inspiring moment to see the people who grew up with the prequels show their love and how that movie was a gateway to the Star Wars universe.