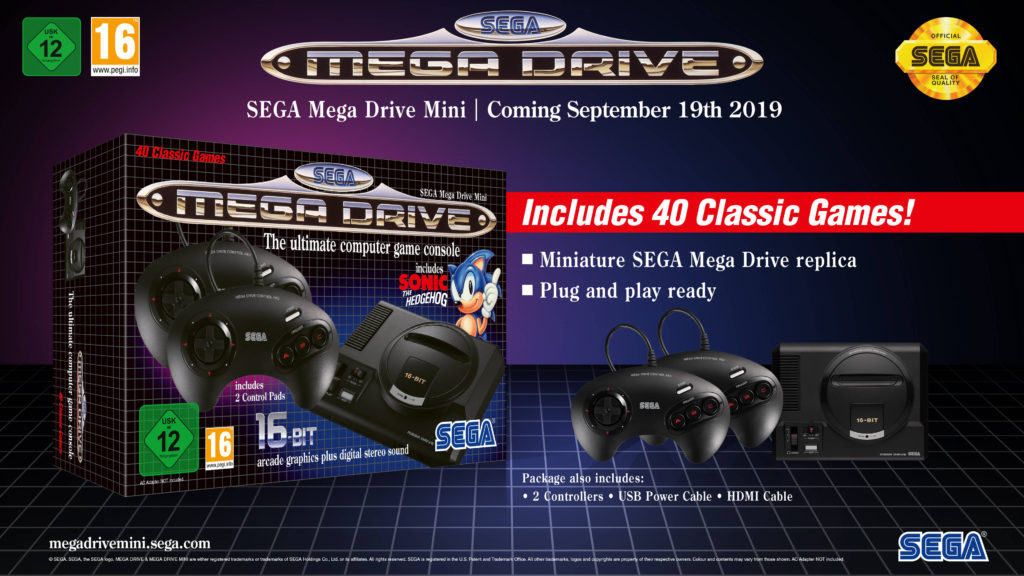 Ever since the Nintendo Mini retro consoles have been coming out left and right. Sega announced late March that they would be releasing a miniaturized version of the Sega Mega Drive Mini and that we can expect to see it on shelves September 19th of this year.

The system will cost 6,980 yen or around $70 in American money. Each mini console will come with 2 wired control pads, a power cable and an HDMI cable.

Some of these consoles come with games that we absolutely need and miss while others don’t quite hit the mark. Sega announced that each console will have different games totaling 40 in all that will vary region to region. As of now we know that the first games on the Japanese console will include:

And that the European consoles will have:

So remember what I said earlier about hit and miss games. Well expect these to include all the best from your childhood. More games will be announced as time goes on and we will be eagerly waiting to get our hands on one of these.

What do you think of this new release? What games would you like included? Tell us in the comments!