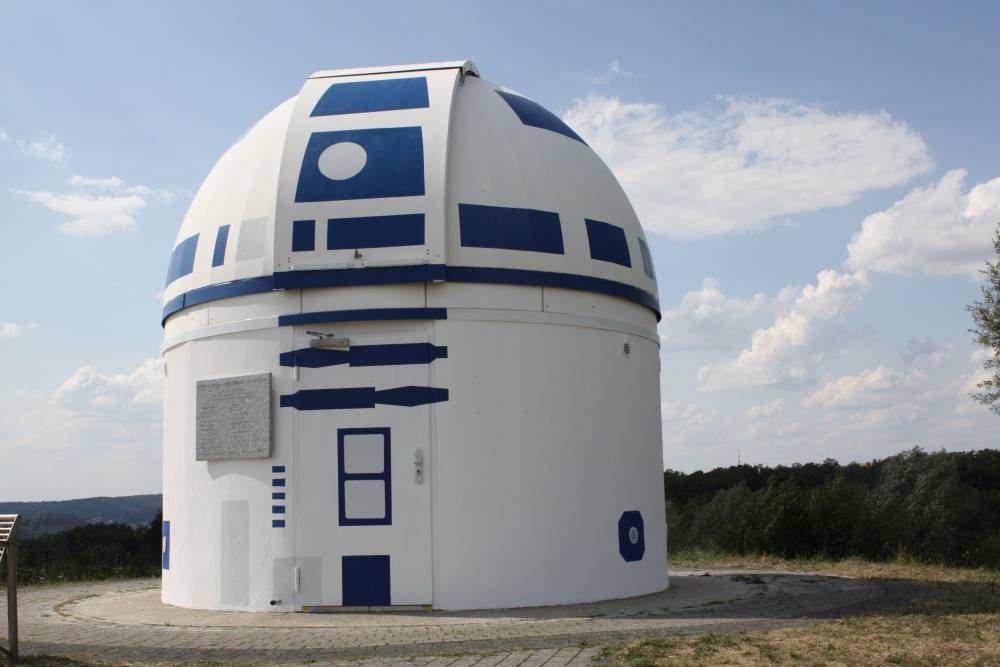 An Observatory in Germany was Transformed into Giant R2-D2

In the part of California where I live it’s a little bland, at least as far as landmarks go. For things like cell towers we get fancy fake trees. There really isn’t a whole lot of art involved in functional utilities. In Germany however there is at least one epic artful design.

Professor Hubert Zitt saw an opportunity at his university where he taught and took it. Transforming Zweibrücken Observatory of the Natural Science Association into a giant R2-D2. Professor Zitt, who is known for his lectures on Star Wars, Star Trek and other Sci-Fi, enlisted the help of several students and his father in law to bring this masterpiece to fruition.

Now if they could only do something like this to some of the landmarks here in California. Like these beauties..

Hmm. see here, I fixed them