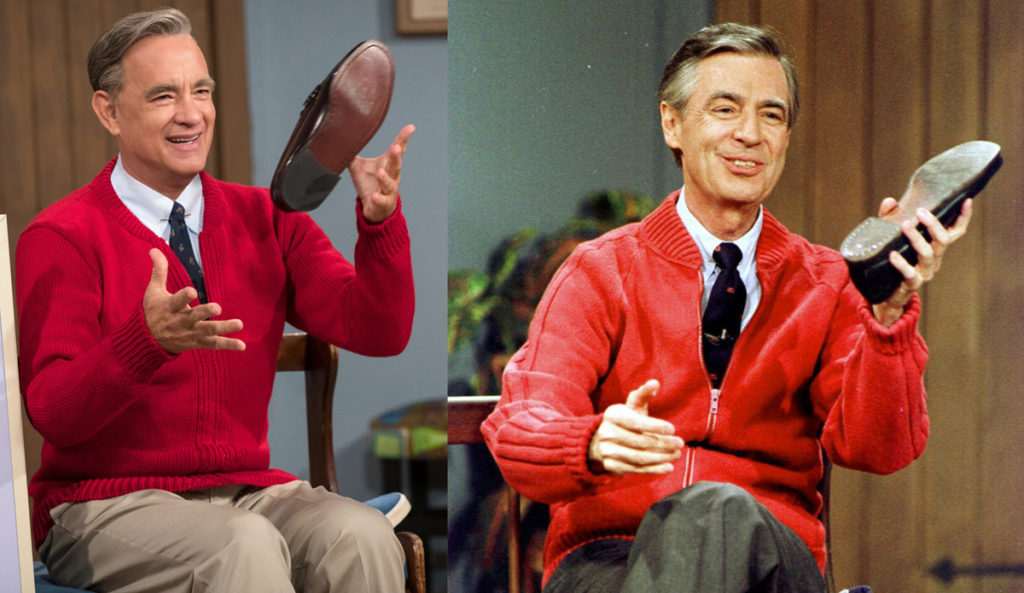 As a child from the late 80s to early 90s I distinctly remember tuning into to PBS to watch Mister Rogers Neighborhood. His friendly smile and his calming voice was enough to soothe anyone. Each episode had a wonderful message and made you feel good about yourself. When I heard the news that Fred Rogers had passed away back in 2003, I felt my entire world crumble. I still look back fondly at those memories of seeing the unforgettable characters, and of course Mr. Trolley.

When I heard that there was to be a movie about the unforgettable television show, I was skeptical. But then I read in an article that the talented and Oscar winning actor Tom Hanks would be portraying the timeless character. The film was to be called A Beautiful Day in the Neighborhood.

Just recently a picture was released showing Tom in that iconic role.

He looks perfect.  Everything is spot on, from the way his hair is parted, his red cardigan and khaki colored pants, all the way down to how he flips his shoe. That smile, that iconic smile that instantly transported me back to my childhood. Tom Hanks is sure to do a wonderful job in the neighborhood.