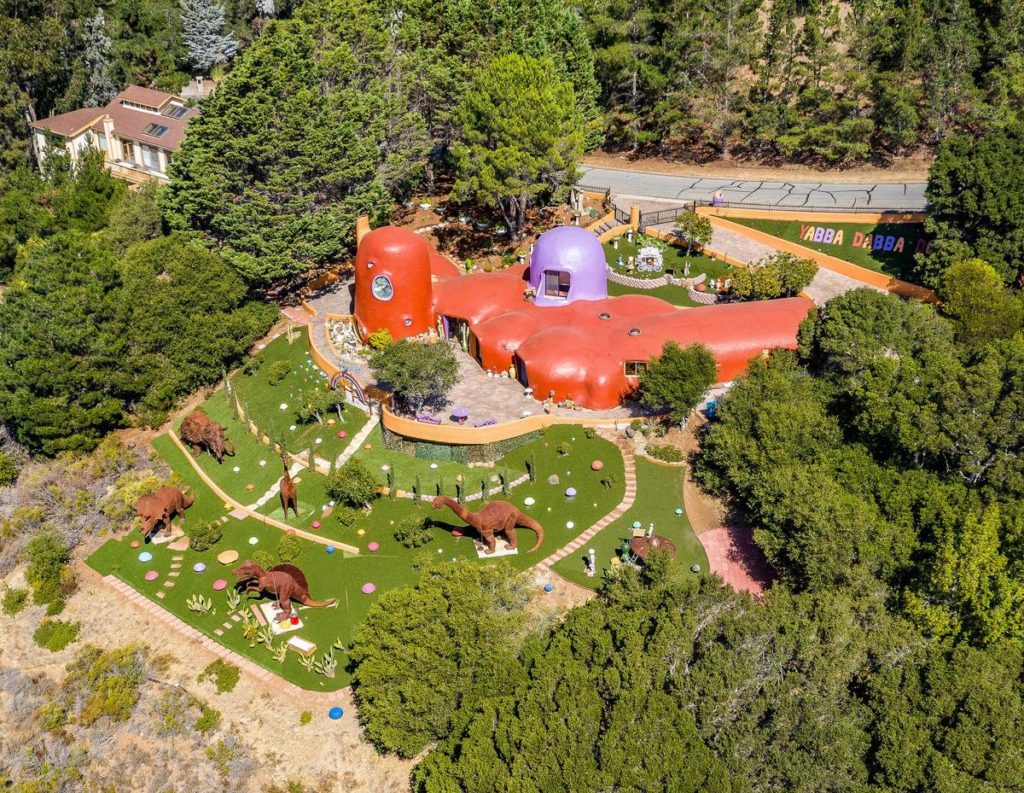 Owner of the ‘Flintstones’ House is Being Sued

When you buy a property like the “Flintstones” house more than likely you want to go all the way with it. Florence Fang who loves the Flintstones has recently added some display dinosaurs and a large Yabba Dabba Do sign that the neighbors thought were obnoxious enough to file a lawsuit over.

The Flintstones House on 45 Berryessa Way in Hillsborough, was built in the 1970’s by architect William Nicholson and made by spraying concrete over mesh to get that unique shape. It has been a staple of California culture since then. The addition to the Dinosaurs and sign, mostly the Dinosaurs though has been the last straw according to some of the neighbors.

Mark Hudak, the attorney in the Hillsborough v. Fang case stated she, “created live-safety hazards that required immediate correction to protect visitors to the property.”

Florence Fang is the former publisher of the San Francisco Examiner. She has gotten in trouble for adding other decorations to the property in the past. According to the San Mateo Daily Journal she has had three stop orders from the Hillsborough Building Department. The most recent incident has traction because of the lack of the building permit and neighbors “don’t know if the dinosaurs are structurally sound.” I suppose that makes sense but in reality they are just upset over the eyesore(to them).

Florence’s son, Sean Fang said, “I think the dinosaurs are beautiful. They make everyone smile and should stay.” That makes at least two of us.

What I am having a hard time wrapping my head around is why the neighbors care so much about another persons property. I get the Yabba Dabba Do sign, only because it is in the front yard. But the Dinosaurs are in the back and should be considered decorations. Sure they are a little big but what are they if not giant garden gnomes? It really should be no ones business what Mrs. Fang does in her backyard.

Home Owners Association stifle creativity and create an environment where people just don’t take pride in the way their property looks. Everything ends up looking the same like out of some Stepford Wives Horror story. Maybe I’m wrong, Or I just like Dinosaurs too much, but I hope Florence wins this lawsuit.

What do you think of all this? Should the Dinosaurs stay? Tell us in the comments!