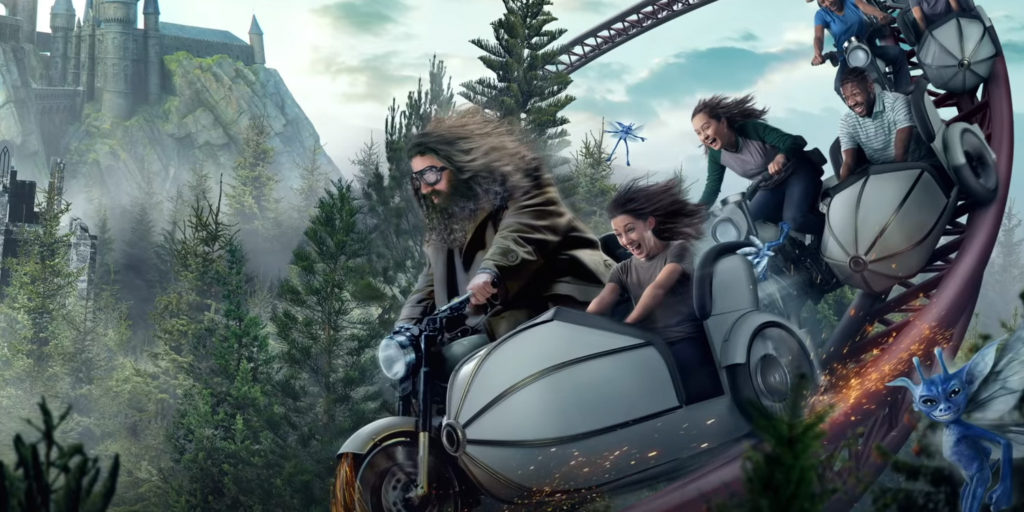 The New Harry Potter Ride No One is Talking About

There is a new Harry Potter ride that is opening at Universal Studios Orlando. The ride will be called Hagrid’s Magical Creatures Motorbike Adventure and will open this June.

If you are wondering why you haven’t heard of it that’s because the folks over at Disney buried the news with their announcement for the opening of Star Wars: Galaxy’s Edge. You better believe that was a tactical move.

Anyway the ride is to feature the forbidden forest and takes you through the experience of what taking a class from Hagrid would really be like. I would expect it to be a chaotic ride with plenty of magical beasts and danger!

The ride will be located in the Hogsmeade section of the park and is to replace the Dragon Challenge ride that closed in 2017.

Have you gone to Harry Potter World in Orlando? Tell us in the comments!