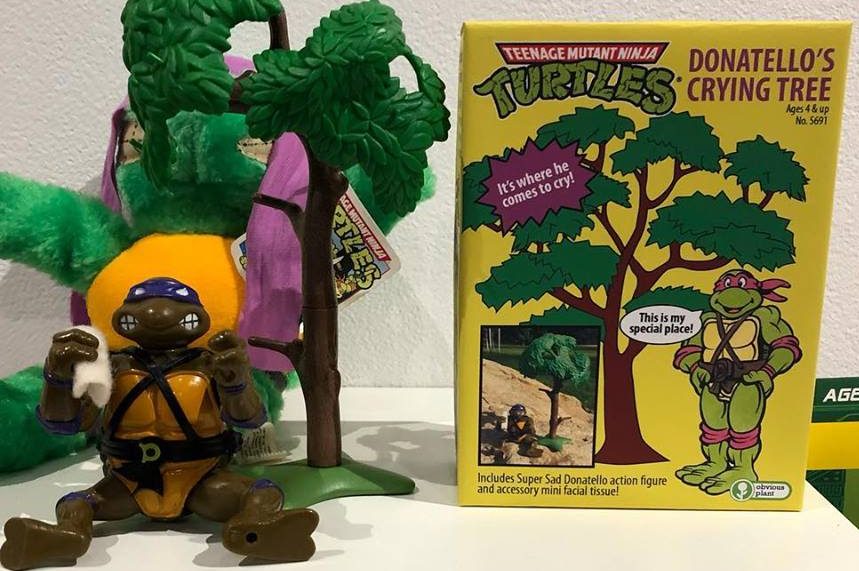 In case you don’t already know but the internet has wonderful personality called Obvious Plant, also known as comedian Jeff Wysaski. Until this past Saturday I wasn’t too familiar with his work but now that I’ve been to his “toy museum” I haven’t stopped talking about it. 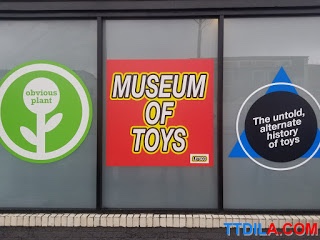 Before I dive into the core of this article, it’s probably a good idea to describe (to the best of my ability) exactly what Obvious Plant is. The best comparison would be Mad Magazine or Cracked when it was still a print publication. Art that’s part satire, part pop culture critique, part societal statement, also part entertaining. Wysaski started on Tumblr with a simple, fake wanted poster… 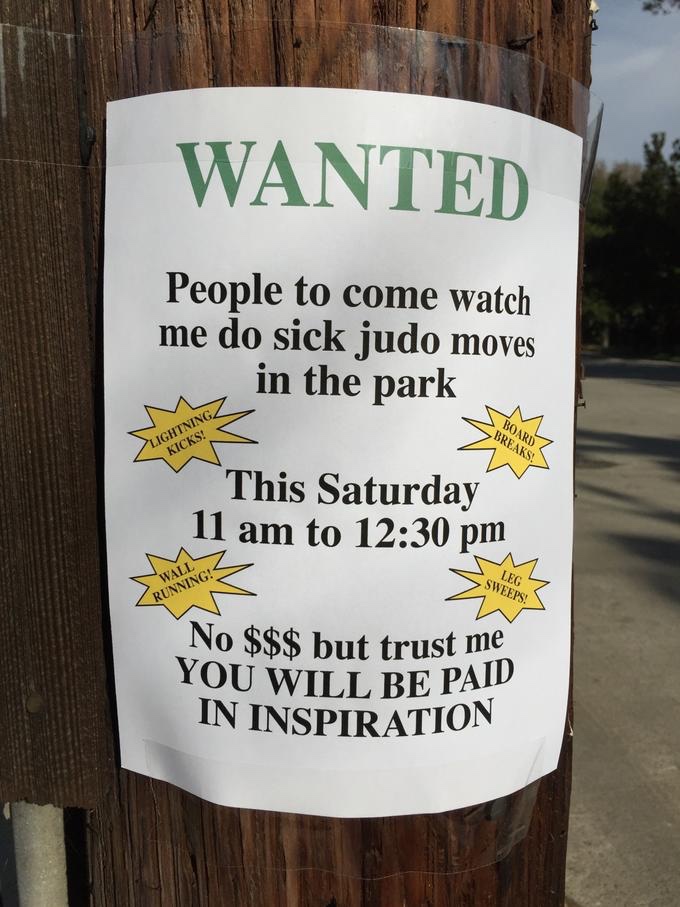 … and has been delivering some of the most on point social media humor you attention can buy.

One thing Obvious Plant became Internet famous for are these fake toys. Not knock off toys that you might buy from a dude in an alley on Christmas Eve, but collectibles from our childhood with some type of juxtaposition but satirical at heart and also funny. Wysaski’s slightly dark, yet completely genius take on items we used to play with during our youth proved to both nostalgic and one hundred percent worth the drive from Playa Del Rey to Koreatown.

So let me break it down for you…

The Obvious Plant Museum Of Toys is located at 2270 Venice Blvd in Los Angeles. It costs ten bucks to get in and you’re free to check out all the place has to offer. Yes, you can take as many pictures as you like. The overall space is on the smaller side so don’t plan on spending five hours in the museum, it’s not the Getty.

But what the museum lacks in space, it makes up for in creativity. I found it hard to be disappointed even though I was only inside for a short period of time. If I can offer a recommendation it would be to make the toy museum something you do to start off the evening because once you leave, you’re not far from a beautiful field of Korean inspired cuisine. So after a quick social satire session, go get your all you can Korean BBQ on.

But for now… allow me to show you a couple of the pieces in hopes that you’ll go see what the Obvious Plant Museum Of Toys is all about. 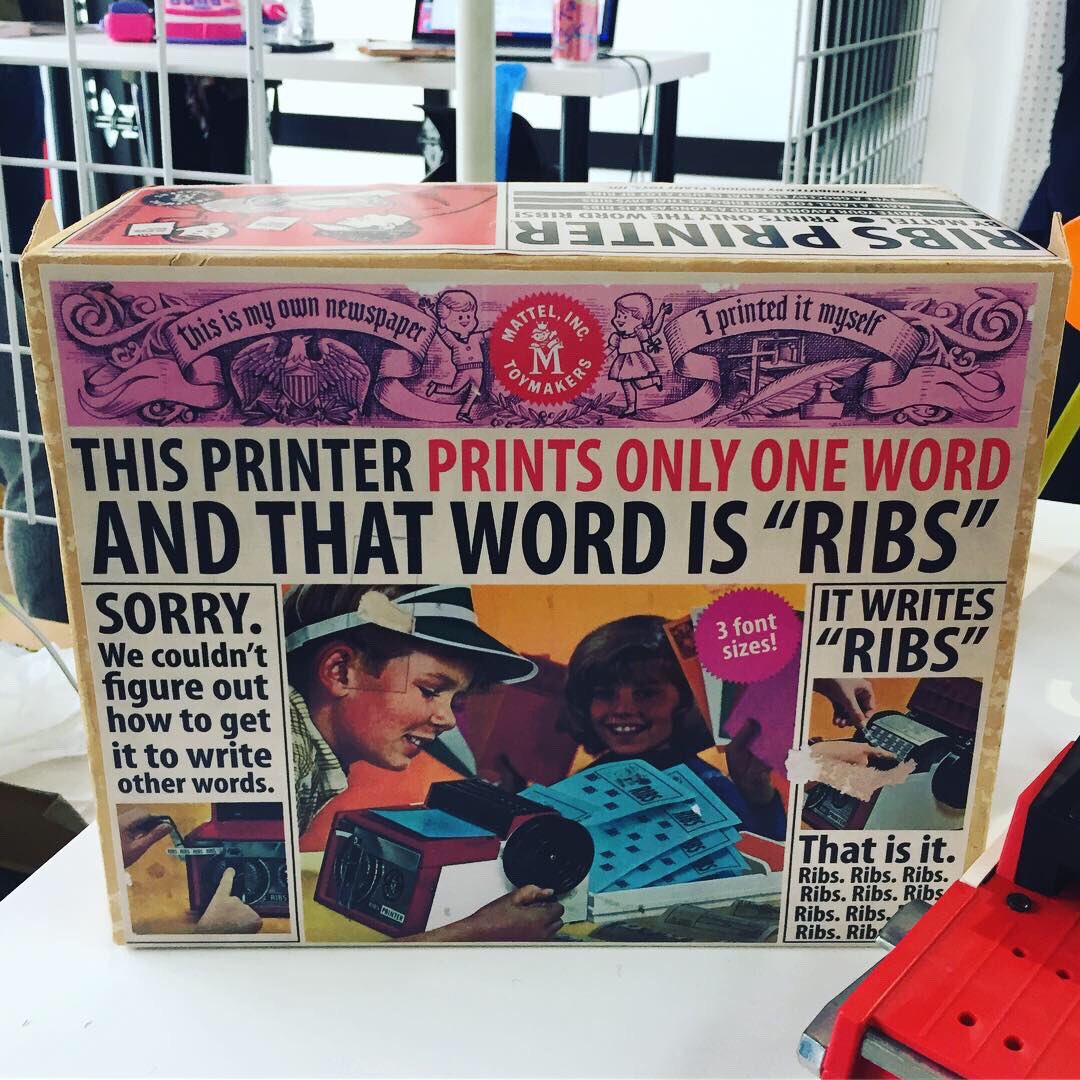 A printer that only prints one word… ribs. If only such a device actually existed. 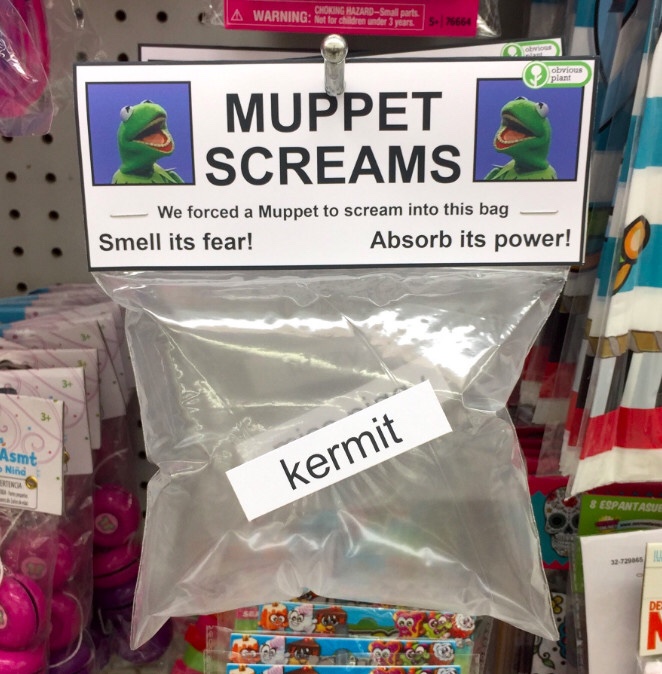 Bags of Muppet screams… I hope no Muppets were harmed in acquiring such a product. 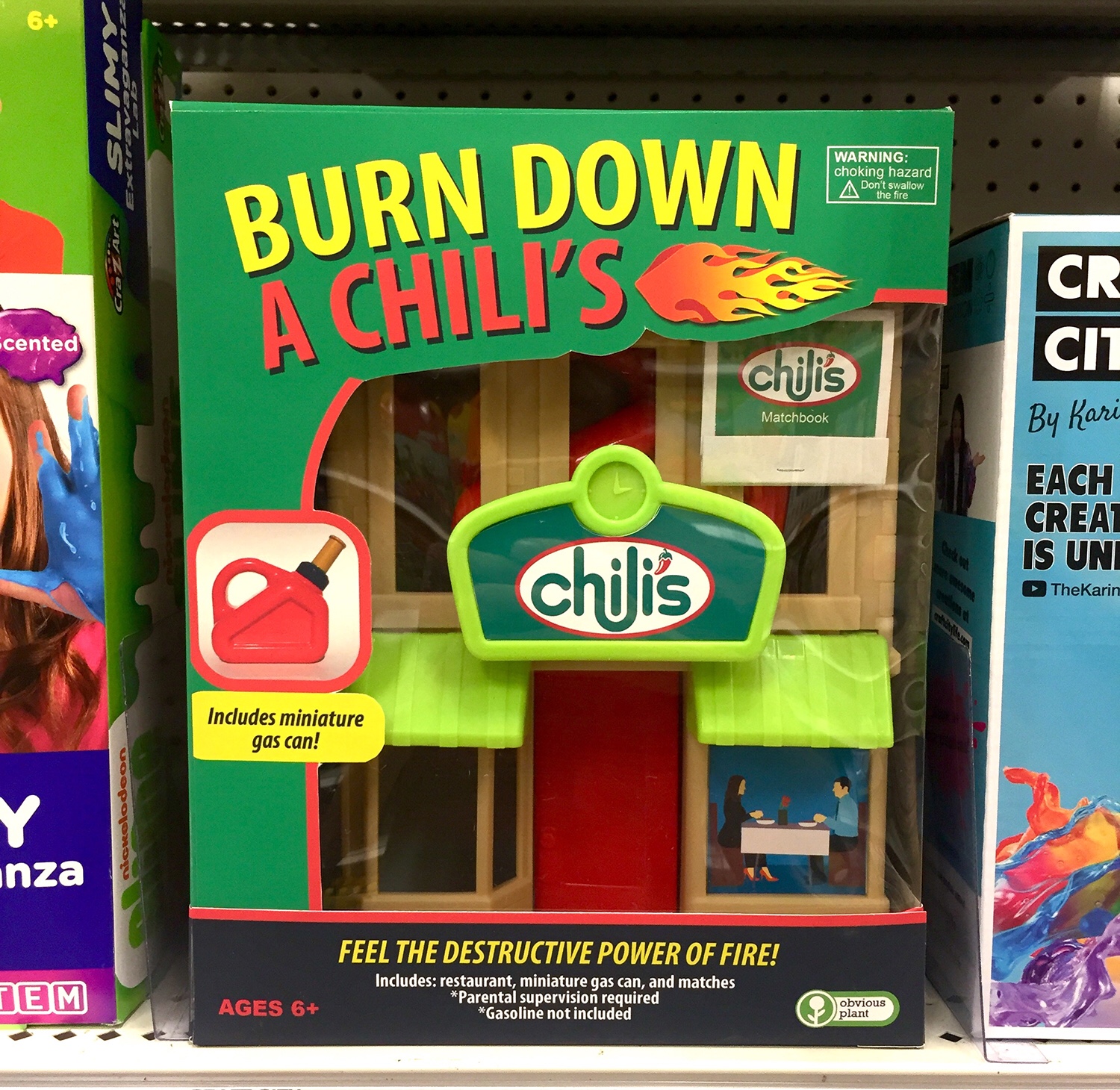 Burn Down A Chili’s… after a Friday night in the suburbs at a Chilli’s, the thought of burning the place down has crossed all our minds.

There’s tons more too. Including a small pyramid of Jerry Maguire VHS tapes and a situation imagining if George Lucas named all the Star Wars characters Steve. So check it out!

When it comes to art, this is the kind of stuff that really interests me. There’s nothing wrong with all the Renaissance paintings and sculptures scattered throughout the world. I can appreciate history but I struggle to relate to it the way other people do. I don’t know who “Man With Fruit Bowl” is, though that painting seems to exist over and over as you walk through the halls of the Rijksmuseum.

However I have played with Dino Riders, and seeing them placed perfectly in front of a Holy Bible brought a delightful tear to my eye. Young Adam would have been so proud.

Of course I’d go back.

How you been to Obvious Plant’s Toy Museum? Let Nerdbot know in the comments!!