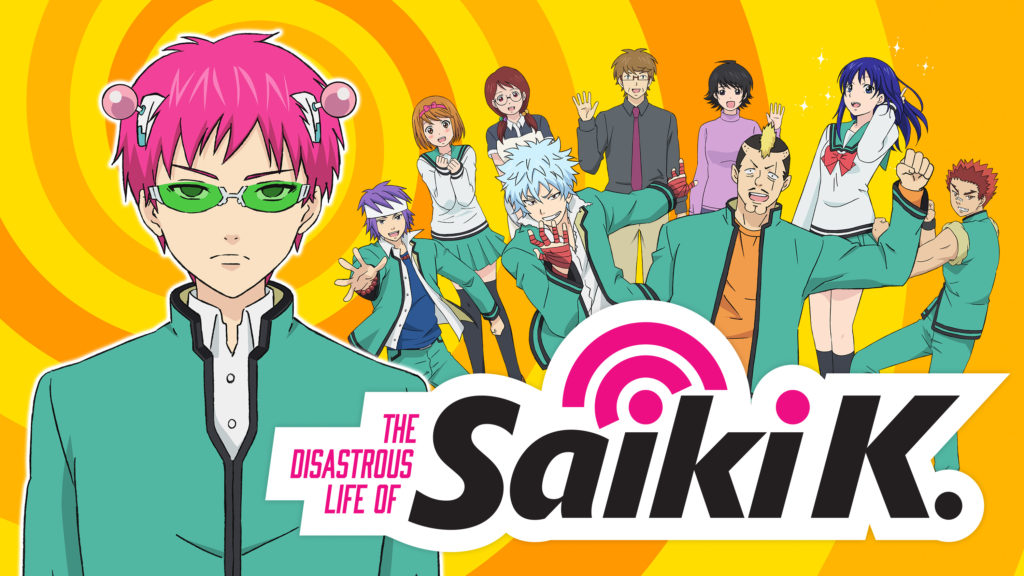 Netflix has had the first two seasons of the hilarious Disastrous Life of Saiki K up for a while now. Recently they have added the 55 minute movie that is billed as the third and final season.

Saiki is a hilariously sarcastic character who has psychic powers. Saiki is a play on Psyche if you haven’t noticed already and has many near disasters happen to him. Some of them where he prevents death and impending doom. He spends his whole life trying to hide his powers from people and avoiding them altogether. He meets some great characters throughout the story including a boy who sees ghosts and a traditional psychic that he can’t hide his powers from. And then there is Nendo who is probably my favorite.

The final movie for the series has them travel to Oshimai-City which roughly translates to “the end.” It adapts the final chapters of Shuichi Aso’s original manga. It will only be offered in the Japanese dub and there is no word on whether or not an English Dub will happen.

Shuichi Aso started the manga back in 2012 for Shonen Jump and has recently concluded the series as of this year. There is now a spin off four panel manga in the works that features Kusuo Saiki still continuing to hide his super natural powers.

Are you a fan of The Disastrous Life of Saiki K? Did you watch the finale? Tell us in the comments!