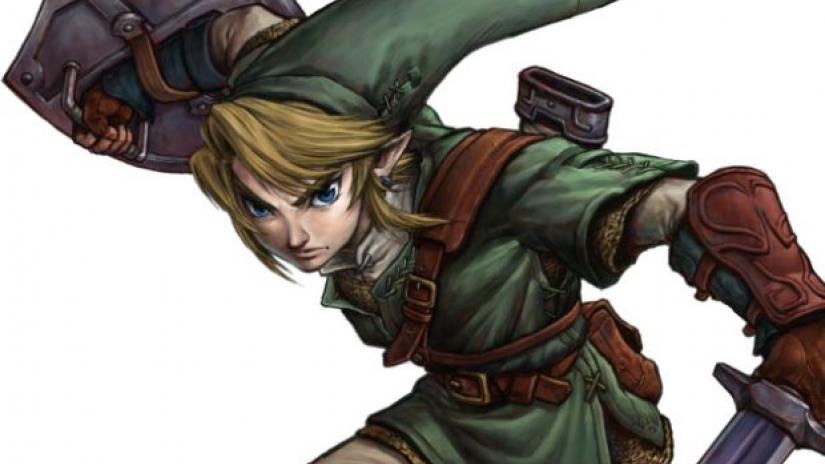 20 Fun and Interesting Facts About Link

After Mario, Link is certainly the most favorite character in video games. In the initial years of Nintendo Entertainment, there were just a few anime games available. Later came, The Legend of Zelda which got immense popularity in no time. Link is the foremost character of Nintendo’s video game sequence. He is among the legendary icons and famous characters in video game history. Let’s take a look at some of the interesting and fun facts about Link.

1) His look is Inspired by Peter Pan

You may believe it or not, we found a close resemblance of Link with Peter Pan. Miyamoto wanted him to seem familiar to audiences so he hired Takashi Tezuka, a well-known designer to craft Link’s looks based on renowned Disney characters. The inspiration came from Peter Pan giving Link a green tunic, a long droopy hat and sharp ears just like an elf.

When the majority world is right-handed, being a lefty is not easy. Though lefties can enjoy as Nintendo’s most popular adventurer swings his sword like you. According to a general rule of thumb, Link is left-handed. The characteristic is reflected in almost every Zelda title with just a few exceptions. In Legend of Zelda Series, Link’s sword hand was changed for all the right-handed individuals who intend to use the console’s nod controls. Unluckily, Nintendo never incorporated a feature for left-handed gamers to let Link to look as left-handed on the display or who are looking forward to using the Wiimote.

3) He is Depicted as Both an Adult and Child

From the very first game, Link’s age has been a topic of confusion. If you look at the original Zelda game, he seems short with a child look. Later considering The Adventure of Link, we get an actual age of 16. Though it’s still unknown how much time has passed between the two games. Moreover, in The Legend of Zelda: The Ocarina of Time, players are given a chance to play as either the child or adult. In the adult stage, he is able to perform different acrobatics to elude opponents. Also, he is much stronger and capable of handling heavy weaponry.

4) Young Link is Voiced by a Female

Link doesn’t utter words, but he is not completely silentl. He yells and groans similar to any other subject who is adventuring. Therefore, someone has to give the voice to Link and we saw a number of voice actors over the years. The first time we heard Link was in The Legend of Zelda: Ocarina of Time and his adult version is voiced by Nobuyuki Hiyama. For the younger version, developers were looking for a voice that was somewhat less gruff. For that reason, young Link was often voiced by a female.

5) He is Quite the Musician

Music has always played a crucial role in The Legend of Zelda series. The first Link’s appearance playing an instrument was in the original Zelda game. Link was having a recorder called forth a whirlwind which could take him to other places on the map. This was followed by the flute in A Link to the Past which worked in a similar way. The only difference is calling a bird to take you off.

6) He is Linked to Triforce of Courage

7) There is a Female Version of Link

Another interesting feature added was the story of Linkle, a young girl who wanted to prove that she is the rebirth of the legendary hero from the fairy tales she has been told. Similar to Link, she wears a green tunic along with a hoodie instead of a hat. Linkle prefers using a set of crossbows rather than fighting with a sword and shield. Initially, Linkle was designed to be the Link’s sister but as Link already had a sister named Wind Waker and the idea was dropped.

The appearance of Link in Ocarina of Time was modified after the creator’s wife said, “All Nintendo’s characters have hilarious noses”. For that reason, Link was given a defined nose and pointed ears making him somewhat cooler than other characters. It was also said that the changed Link wouldn’t look appropriate with Nintendo’s style if he is made too cool. The reason why he wears long underclothing.

9) The Master Sword was not Really Masterful

In A Link to the Past, it was thought to return Agahnim’s magical attacks with Master Sword. However, it seemed impossible to return his attacks. The item was neither magical nor causes any harm to enemies. We may suppose that either the developers left this as a joke or ignored the development of the weapon.

You will find three strange unused masks found in the Majora’s Mask data. The code in the game shows that they were designed to be worn by the skull kid.

11) The Theory of Triforce

Initially, Miyamoto decided to have the Triforce made out of microchips. In fact, Link was named in this way as he was supposed to be a link or connection between the past and future.

Some elements in Zelda were inspired by Super Mario Bros. This is because both Zelda and Mario were developed at the same time.

Throughout the game series, Link has spoken twice. Once he said, “Come on!” in Wind Waker and “Giddy-up”, while he was racing Epona in the Twilight Princess.

Link was called Hero of Light, Hero of Skies, and Hero of Legend from Four Swords Adventures, Skyward Sword, and Link’s Awakening respectively. Though there are a lot more titles to go.

You will see many Links in the Legend of Zelda universe. This is made evident on several occasions in the game. For instance, the introduction series of The Wind Waker refers to a primitive and legendary champion who looks identical in appearance to link and directly mentioned as the “Hero of Time”.

Link is portrayed as a humble but brave hero. His qualities are in inconsistency with him being the right bearer of the Triforce of Courage.

As a child, Link challenged Ganondorf in an attempt to protecting Princess Zelda before he unintentionally benefits Ganondorf find the Triforce in Ocarina of Time thus compelling Link to encounter Ganondorf and resolve the harm he caused.

The teenage look of Link in Ocarina of Time is designed with the aim to making him more smart and handsome in comparison to the prior forms of the hero.

Link has many household members including a hidden mother in Ocarina of Time, an uncle in A Link to the past, a grandmother who raised him, a grandfather who is seen in The Minish Cap, and a sister in The Wind Waker.

Indiana Jones movies were a major inspiration for the original Legend of Zelda games and for Link’s sense of adventure.

We all are familiar with Link, the main hero of the series. The various personifications of Link across the series differ in the backstory, age, character and other constants. We hope you enjoyed these interesting facts about your favorite character. Let us know which one you like the most in the comment section below.