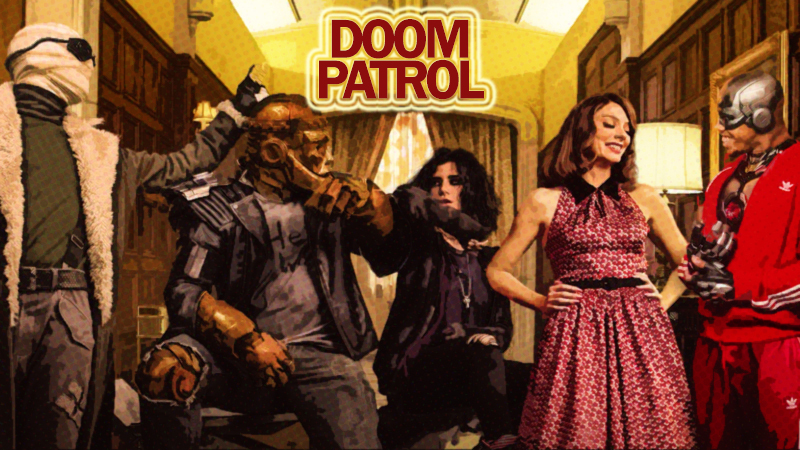 You don’t have to patrol this series, because its doom is very unlikely. DC Universe Doom Patrol is premiering on February 15th, preceded by a new trailer released last Friday.

As established in DC’s Titans , scientist Niles Caulder a.k.a Chief (TIMOTHY DALTON) provides treatment and shelter for individuals who has been inflicted by strange and horrible phenomena. Members of this support group also work together with Chief to find others like them, and investigate the unusual.

“ Following the mysterious disappearance of The Chief these reluctant heroes will find themselves in a place they never expected to be, called to action by none other than Cyborg (JOIVAN WADE), who comes to them with a mission hard to refuse.  Part support group, part Super Hero team, the Doom Patrol is a band of superpowered freaks who fight for a world that wants nothing to do with them.”

While the trailer was more of a teaser -a 30 second highlight reel- the lighting, set design, acting and premise are framing this show as a fun adventure from the perspective premier D-listers superhero team.

Since there’s barely anything to go on, fans will have to speculate the quality of this series- as well as how it will affect the Dc streaming service quality and content going forward.

What’s your opinion on this new show? Excited , whelmed or under? Let us know in the comments down below?!