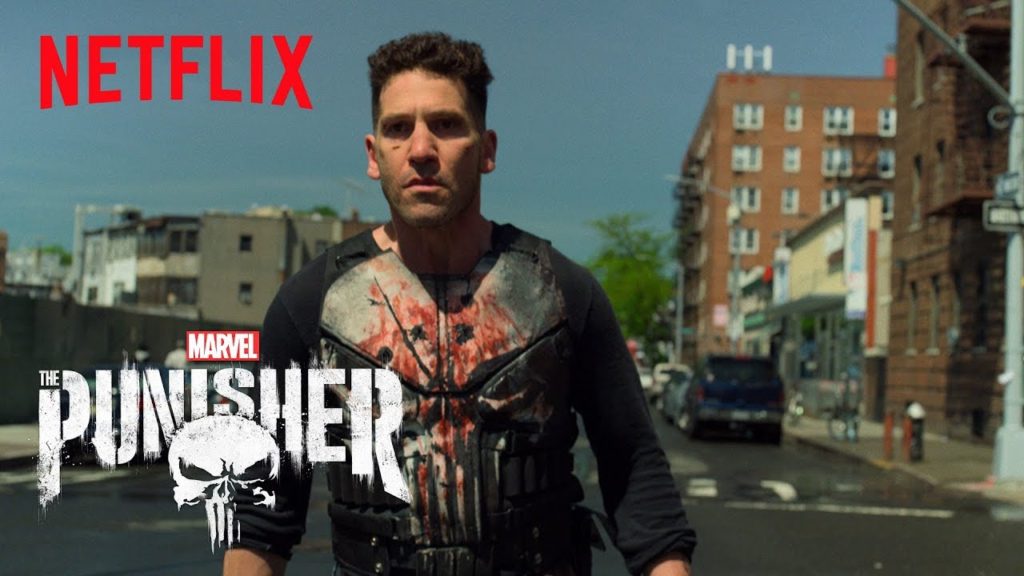 Oh boy does this season really kick it into high gear in the second part of the season! It becomes such a emotional roller coaster you don’t really know what to expect at all. You see a darker side of Frank at times one that is just so driven on revenge, and a much more sinister Billy.

Most of the second half is about Billy and Frank they more or less leave Amy out of it. Although I wish they would of done more with her because she became a very interesting character. But instead they have her hiding away and every now and then doing something. But it was awesome to see her bring out the soft side of Frank.

It becomes a true Punisher show because you literally see war in the streets. While watching this you can see where they got tons of inspiration from comic panels. If it’s not from having insane firefights in the middle of the streets to having, gruesome torture scenes. And the constant feud between Billy and Frank just keeps getting higher and higher, with nothing but death and damages to show for it.

The actions that Frank takes makes you question at times “has he gone too far?” Because he does do somethings that are even a little too extreme for the Punisher. Not to mention that his actions pretty much have a heavy impact on everyone around him. For example his best friend Curtis notices that he himself is becoming something that he can’t even recognize anymore. Not sure if he can even go back to the old life that he use to have. Which is big because throughout the entire show he is perhaps the one thing that is supposed to keep Frank grounded.

As for Billy he seems to be almost two steps ahead of Frank almost every time. It becomes scary because at times he’s just watching him without Frank even knowing it. Going as far to baiting him to do exactly what he wants. Playing Frank like a fiddle making him believe that he is no better than Billy or anyone that he kills. The second he does that it destroys Frank and nearly breaks him all together. In the second half of this season they really redeem this villian and make him into the monster that we love.

The John Pilgrim story feels kinda rushed. It’s a shame too because they really start to flesh him out and you begin to like this serial killer and understand him. It seemed like the show tried to do too much all at once and they kinda forgot about this. He had so much more potential to be a greater villain in the show. Not to say he wasn’t great because he had some really great scenes that left you wanting more. You see how the people he works for are just using him at the end of the day. They don’t care about him at all and by the time he sees it, it’s pretty much too late.

It’s unclear if the Punisher will be picked up for a season 3. But based on the other Marvel Netflix shows it probably won’t. And it kinda feels like the writers know that too, because the ending feels pretty satisfying. If it is to be cancelled it’s a good spot to end the show.