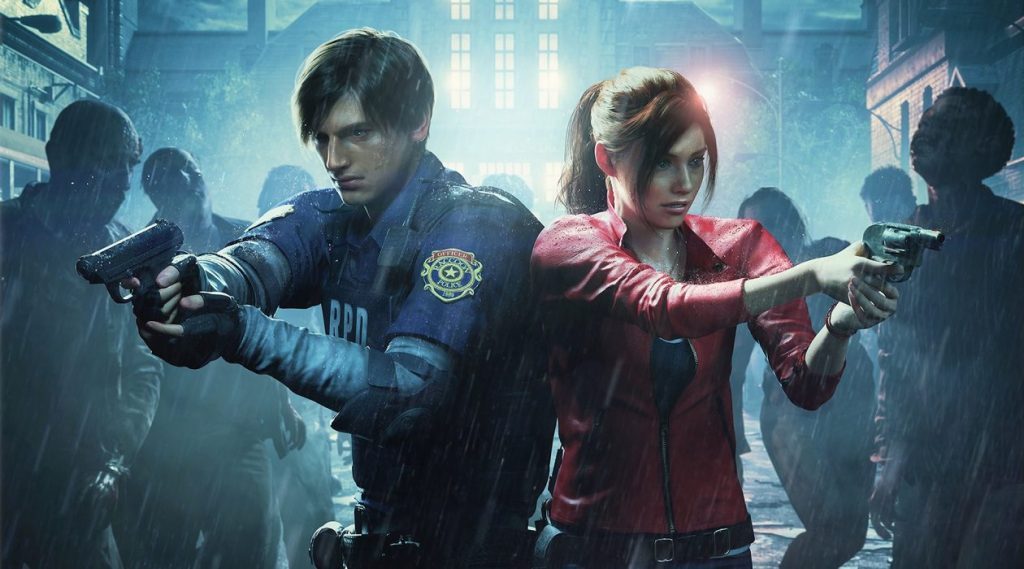 By Luis GutierrezJanuary 31, 20193 Mins Read
Share
Facebook Twitter Pinterest Reddit WhatsApp Email
It’s been well over 20 years since the masterpiece of Resident Evil 2 came out on the PlayStation 1. But now we get to revisit or in my case visit Racoon City. When the original cut of this game came out I was only 1! And needless to say when I got older I was way too scared to play it, so now that it’s a remastered I can finally get in on the action. And from someone who has never played RE2 (Resident Evil 2) until now it’s a work of art. For starters the most notable thing about this game is the graphics, there is so much detail in literally everything in the game. From the second you shoot a zombie in the head you see the impact damage of it. Or even when you get bit by one for a little while you’ll have a bite mark on your neck. Even though that is a very small detail it’s one of many things that lets this game stand out and allows it to be great.

Even the lighting in most cases this would be a problem but horror games will always get a pass on this. Mainly the only source of light is your flashlight which as we all know only covers so much. More than have the time you see nothing but darkness then boom! You see/hear it a handful of zombies just waiting to eat you for dinner. In today’s day in age there aren’t too many AAA survival horror games. So playing one is always a nice change of pace. Whenever I find myself playing I often have to ask myself questions like “Do I have enough ammunition”. Or “If I shoot do I have enough time to outrun the zombies”. Which is awesome it really forces me to question my actions and see if it’s worth the trouble or not. Or even what to carry! Because you can’t pick up everything you see sometimes making you sacrifice certain items you wouldn’t usually use.

That’s not even to mention the Lickers the more you progress in the game the more the seem to appear. But the cherry on top of that is they always seemed to be glued to zombies which always puts you in a stressful situation. Not knowing if you should fight or not.

As soon as you feel like you’ve escaped you hear these large footsteps in the distance. Only to find out you have Mr.X right behind you giving you that soulless stare. From the music it plays when he sees you to his footsteps you’ll find yourself on the edge of your seat trying to find somewhere to hide from him.

The game is a great play through through and through. Even though I never played it when it originally came out. I can confidently say that I got the true Resident Evil 2 experience. If you been debating to buy it or not, or someone like me who’s never played the game do yourself the favor and buy it now.