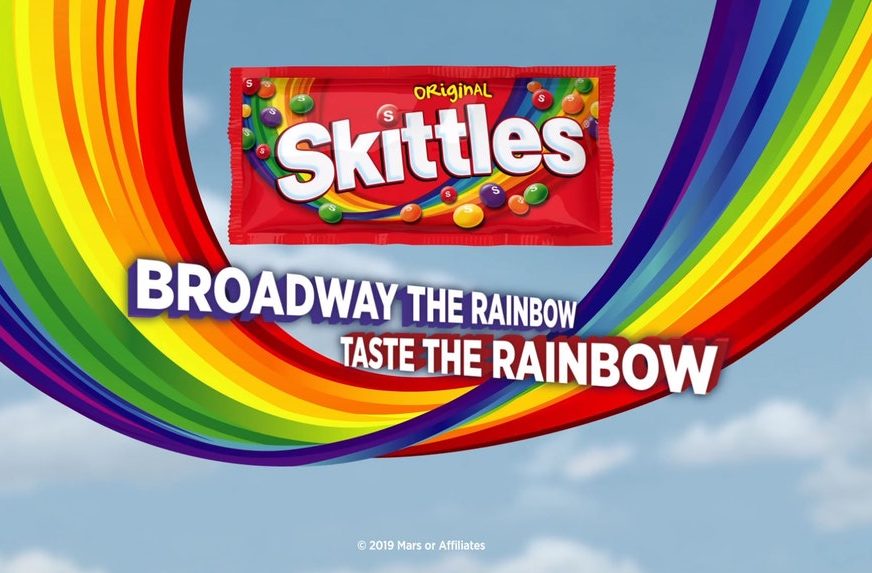 No joke here, Skittles will be putting on a Broadway show for Super Bowl Sunday.

Skittles said in a statement, “To celebrate the biggest marketing day of the year, Skittles wanted to go bigger than the traditional 30-second big game ad. Skittles Commercial: The Broadway Musical is a one-show-only, live 30-minute spectacle, performed in the heart of Times Square in a 1,500 seat Broadway theater. Through song and dance, the show takes an absurdly self-reflective look at consumerism and the ever-increasing pervasiveness of brand advertising in our lives.”

This seems like a crazy stunt but they aren’t wrong people will definitely watch this! This is sure to be a spectacle of the imagination. The show will be performed at The Town Hall in Times Square, a 1,500 seat Broadway theater. Tickets range from $30 to $205 dollars on Tickemaster.com. The show will start promptly at 1pm on February 3rd.

There is currently no information on whether or not the performance will be released later as a video or streamed online.

Would you go see this if you could? Tell us in the comments!