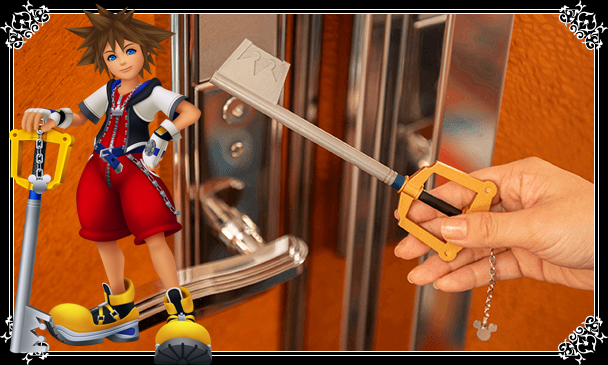 Fellow keyblade wielders, have you ever dreamed of sleeping in the style of your favorite franchise? Well that dream can now be a reality if you are willing to travel for it.

Disney recently announced that their Disney Ambassador Hotel in Japan will be giving some rooms a serious makeover. These 41 square meter rooms will be decked out in decor for Kingdom Hearts 3! Guests can choose between two regular beds or a trundle bed room. Each guest will receive a special room key based off of Sora’s Kingdom Key. A Kingdom Hearts themed box is also provided with the key so guests can take it home and enjoy it forever! Two sets of original postcards with double-sided designs are also included with the rooms.

Tetsuya Nomura, director of the Kingdom Hearts series, took to Twitter to comment on the rooms. “As previously reported, a Kingdom Hearts series themed room will be available for a limited time at the Disney Ambassador Hotel. I checked it myself, and I think it will be a very special experience for fans.” Fans who are interested in these rooms can check out the official Disney Hotels Japan website. But you better be fast, these rooms are sure to sell out quickly! As always, let your hearts be your guiding keys (and guide you to these awesome rooms)!

Would you stay in a room like this? Would you travel to do it? Tell us in the comments!