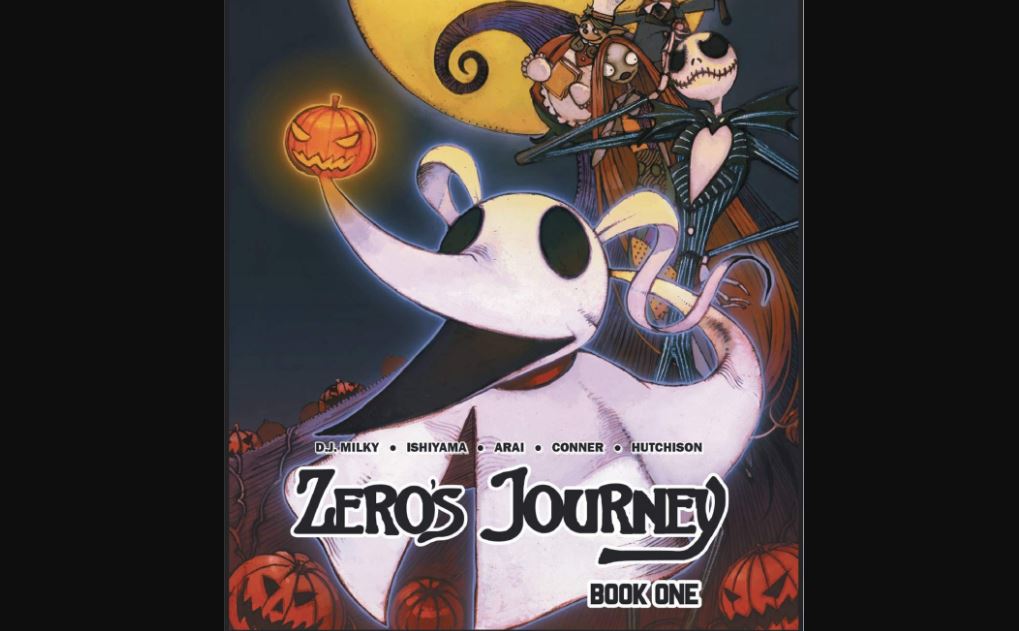 THE NIGHTMARE BEFORE CHRISTMAS: ZERO’S JOURNEY was introduced for Diamond Comics’ 2018 Free Comic Book Day with issue #0 in the 20 issue comic series. Distributing over 120,000 copies to comic book stores across North America, the brand new story features new characters alongside fan favorites, and is written and created in house by the TOKYOPOP team.

Jack Skellington is the undisputed Pumpkin King of Halloween Town and creative genius behind the most spook-tacular scares. Beside him through every great new creepy concept is his ever-faithful ghost pup, Zero. But panic descends on Halloween Town when a clumsy mistake leads to Zero going missing! Finding himself lost in a curious land of baked goods, hand-wrapped presents, decorated trees and joyful caroling, Zero must traverse the unfamiliar world of Christmas Town to find his way home! And with Halloween plans on hold while Jack mounts a search, will they be reunited in time to save both holidays?!

Set in the wonderful world of THE NIGHTMARE BEFORE CHRISTMAS as created by Tim Burton, explore the magical realms of Halloween Town and Christmas Town through the eyes of Zero as he tries to find his way home in an unfamiliar world.

“We have been blessed with not only an incredibly talented creative team, and of course a world-class sandbox to play in, courtesy of Disney and Tim Burton,” says TOKYOPOP CEO Stu Levy, “but also unprecedented fan and retailer support, and we (including Lock, Shock and Barrel!) are very thankful for that!”

An annual event, the Diamond Gem Awards nominates titles “chosen by a panel of Diamond product specialists based on their overall impact on the industry, while comics and related merchandise were chosen on the merits of their sales performance and quality from the past year”. Votes will be cast by Direct Market comic retailers, with the winning titles expected to be revealed at the end of January.

THE NIGHTMARE BEFORE CHRISTMAS: ZERO’S JOURNEY is available as single issue, full color comics and will be collected into a series of four trade paperbacks, the first of which was released in October of 2018. Book 2 is scheduled to release in April 2019.

You can check out the Manga on Amazon Here!