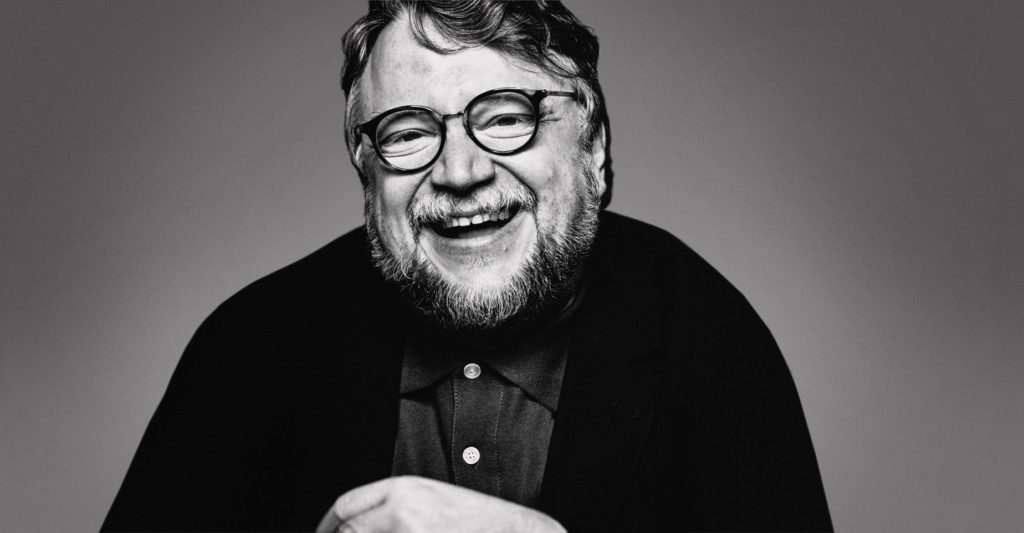 It seems like for every movie that gets made, there must be one thousand that don’t.  If you think the struggle for getting a screenplay into production is specifically assigned to the unknown writers… you’re mistaken.  Even Hollywood superpowers feel the burn of the industry and find themselves with a stable of unproduced material.

Take Academy Award Winning Director Guillermo del Toro for example.  Dude’s film The Shape Of Water grabbed two Oscars including Best Picture and on November 26th he took to Twitter revealing a hefty batch of completed scripts that have yet to hit a theater near you. 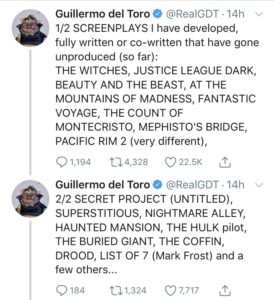 Following the list, del Toro highlights some of the effort behind these projects. 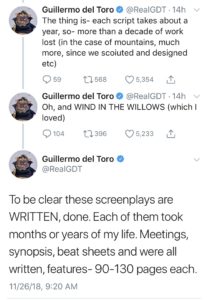 There are two things I take away from this… if you’re a movie studio, there’s an Academy Award Winner whose got a couple passion projects pretty much ready to go.  Might want to give him a call.  The second is for all of us aspiring writers and while you may feel a little intimidated when you read that even an Academy Award Winner has struck out trying to get something made.  I’m not going to lie, it’s kind of terrifying, but don’t lose all hope.  Unless you’re sitting on the next Pulp Fiction, your journey to success will be filled with many highs and lows.

In the end, never stop writing.

Out of all the del Toro never-mades, Justice League Dark might be the biggest loss.  Unfortunately the DCEU’s ultimate criticism is built right in to the title.  Believe me, there won’t be a Justice League anything anytime soon yet if Zack Snyder delivered a cultural phenomenon a darker counterpart could’ve been a unique addition to a universe trying to do something different. 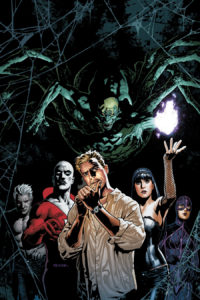 With Horror being so hot these days, one can only wonder if an opportunity was missed.

Now Warner Brothers is so driven to shed the dark image Snyder cultivated for DC, they are literally making the most colorful movie ever made with Aquaman.

Could you imagine a Guillermo del Toro Beauty & The Beast? Let Nerdbot know in the comments!!