Have Amazon Prime? You Can See Aquaman Early

Every time I think I’ve discovered all of the benefits of Amazon Prime, Jeff Bezos and company come up with another reason for me not cancel my subscription. 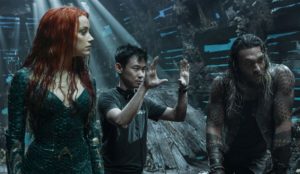 What have they done this time? As Screenrant.com reported on November 15th, those who have Amazon Prime will be eligible to see Aquaman, five, yes that’s right, five days before everyone else.  On December 15th at 7:00 pm, select theater chains will hold the special screenings for Prime members.  Two of the three largest chains in America, AMC Theaters and Cinemark are sitting this one out but if you live near a Regal Cinema, Cinepolis, Bow Tie Cinema, Arclight, Showcase Cinema, or a Studio Movie Grill, you’re in luck!

Tickets are expected to go on sale soon so pay attention to Twitter or check your Amazon Prime account. 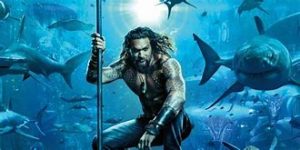 I personally can’t decide if this marketing move will end up being shear genius or a complete disaster.  With Christmas falling on a Tuesday this year, the holiday box office totals might not be as successful as previous years.  An extra showing on a national level may help boost the gross.

Whatever Warner Brothers is doing here to me means they must be confident that Aquaman is another step to erasing the Snyder era from history and usher in a fresh crop of DC superhero talent.  If they thought the movie was going to be bad, there’s no way in hell any studio would try a move like this in the age of the internet.  Why give the critics extra time complain?

Are you going to be seeing Aquaman early? Let Nerdbot know in the comments!!