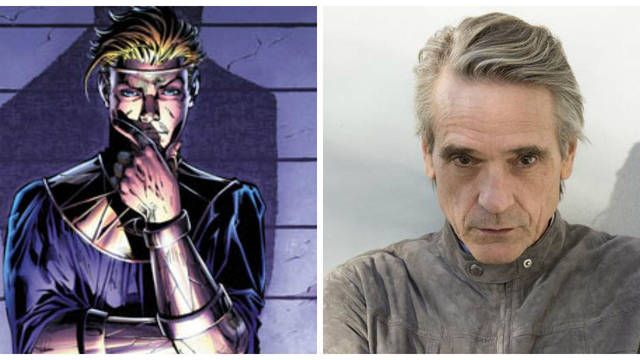 When HBO’s Watchmen television series, based off the graphic novel by Alan Moore, was ordered to series the nerd world erupted in delight. Since that announcement not much has been heard about the upcoming series. Recently however, a new story has come to light and that is the casting of Oscar Award winning actor Jeremy Irons in the show.

As reported by slashfilm.com Jeremy Irons has been cast in the role of a much older Adrian Veidt, aka Ozymandias, a key character in the original comic series. This wont be Jeremy Irons first comic book role nor his first DC comics character he has portrayed as he has recently portrayed Alfred Pennyworth in Batman vs Superman and Justice League.

Watchmen is being developed for the television screen by Damon Lidelof (Lost) who has previously revealed that the television series will not be an adaptation of the graphic novel nor a sequel to Zack Snyder’s 2009 film. Instead the series will be a new story set in the Watchmen universe decades later. Here is what he had to say about it:

“This story will be set in the world its creators painstakingly built…but in the tradition of the work that inspired it, this new story must be original. It has to vibrate with the seismic unpredictability of its own tectonic plates. It must ask new questions and explore the world through a fresh lens. Most importantly, it must be contemporary. The Old Testament was specific to the Eighties of Reagan and Thatcher and Gorbachev. Ours needs to resonate with the frequency of Trump and May and Putin and the horse that he rides around on, shirtless. And speaking of Horsemen, The End of the World is off the table…which means the heroes and villains–as if the two are distinguishable–are playing for different stakes entirely.”

However, Ozymandias’ full role in the series remains locked away. After all, early set photographs featured newspaper headlines suggesting that Adrian Veidt has recently died when the show begins. Does this mean Irons’ role in the series will be relegated to flashbacks? Or has he faked his death to live and brood in secret? We shall see. One thing is certain: Ozymandias and his actions will surely loom large over this entire show. Only time will tell!

Will you be watching the upcoming HBO series? Are you a fan of this casting? Let Nerdbot know in the comments below!