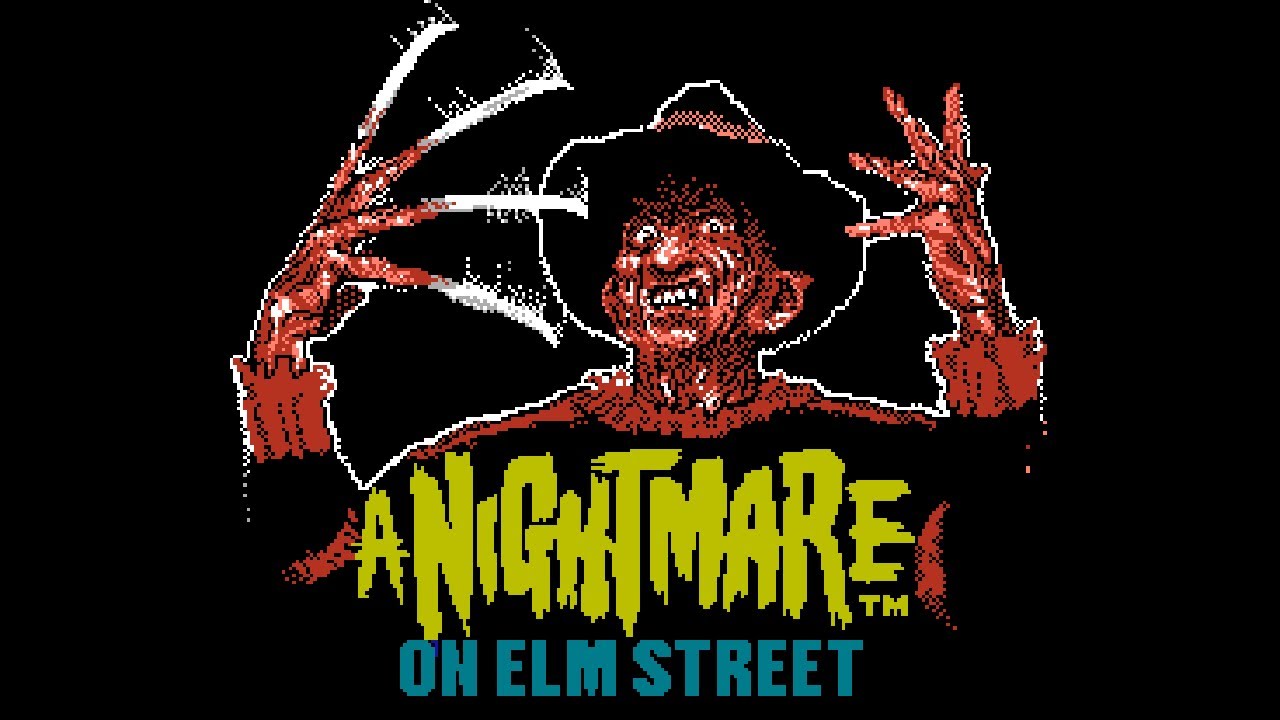 By Loryn Stone Last updated Oct 29, 2018
Share
This is a Nerd Voices contributing pieces from Nerdbot reader Chris Macauley. You can see more of his writing on his personal blog, Talking Comics.
Related
Gaming

Prev Next 1 of 404
I’m going to admit this straight away, I’m not the biggest fan of slasher films.  The plots depend on stupid protagonists who are there as fodder to get sliced up. However when I was younger, I did enjoy The Nightmare on Elm street series.  Freddy terrified me, he could invade your dreams, when you were at your most vulnerable and kill you in a multitude of grizzly and inventive ways.   A game based on this franchise would have a lot of potential but unfortunately LJN wasn’t able to deliver the thrills of the silver screen to the NES.  That’s not to say it’s a terrible game, it’s just disappointing. 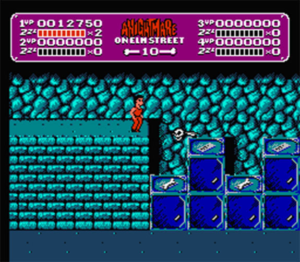 The game isn’t based on any specific movies in the franchise (although there are elements of the third instalment – The Dream Warriors present).  Instead it’s based just on the character of Freddy Kruger.  This is a great idea as singling out one specific movie from the franchise could have been incredibly limiting. Your goal is to explore half a dozen locations along the famous Elm Street to find and collect Freddy’s bones to destroy them in the school incinerator. 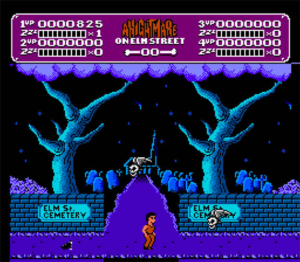 There is some innovation with this title which I want to address.  This was one of the few games to utilise the NES’s Four Score adapter which enabled four players to play at the same time.  There’s also a sleep meter which effectively splits this game into two parts, the waking world and the dream world. This is a fantastic nod to the essential elements of the film franchise. There’s also some nice versions of Freddy to fight when you encounter him through the game.  From a giant snake version to an enlarged version of his razor tipped glove.

The gameplay is mediocre, the platforming is tight but simplistic.  The multitude of enemies can easily get some cheap hits in which can be annoying but ultimately not a game destroying issue. The real issues come from not understanding where to go next to achieve your objectives. The game features a randomiser which means you have to try and enter every, single house on Elm Street in order to get to the next stage.  There’s no health bar so no real way of knowing how many hits you have taken. 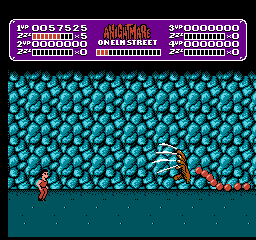 What really kept me playing was the random encounters with the man himself.  You will know when Freddy is about to make an appearance because the music will switch to a fairly faithful rendition of the ‘Freddy Song’.  You know the one that you sung in the playground “One Two… Freddy’s coming for you..” When the music stops you are informed by a black screen with blood red letters that the fedora wearing slasher is ready to attack you.  I found these encounters to be fairly fun if a little dull.

There was so much potential for this title but it feels squandered. It’s still a title I dig out for Halloween season and relive memories of playing this in the dark. It’s not a total nightmare but it could have been so much better.

What If Freddy Krueger was a Rogue Cenobite?