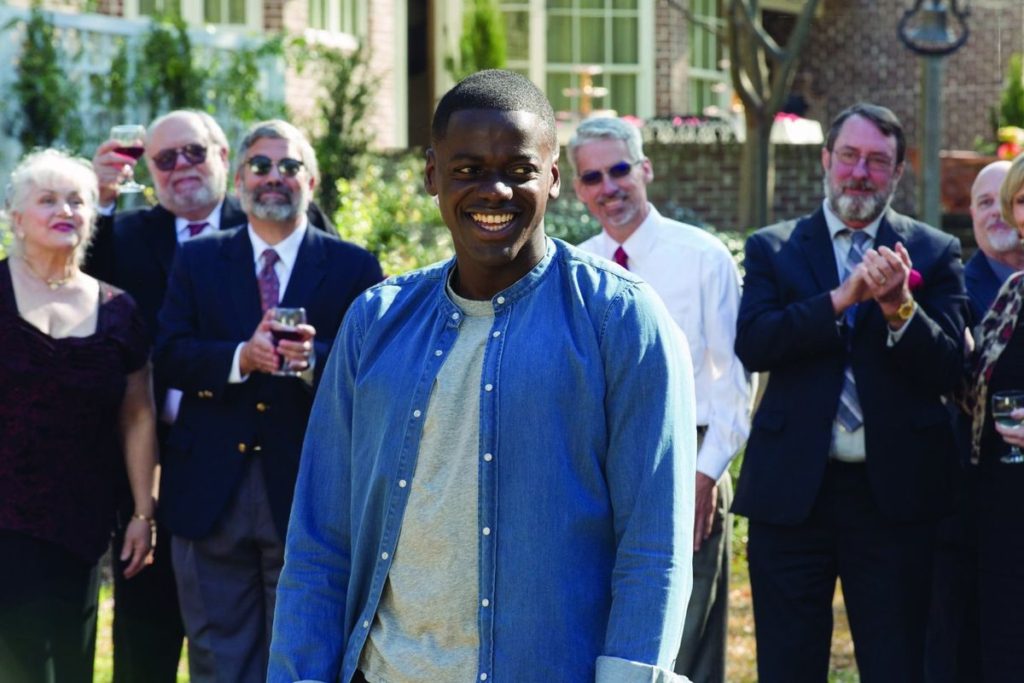 The Fear Of Plutocracy In The Future Of Horror

How you ever noticed that sometimes art can be reflective of our society? 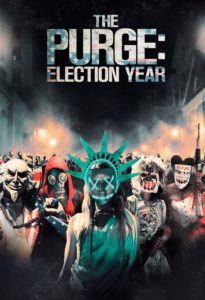 What I’m taking about is nothing new.  People have asked and answered that question for years. Societal fears have been an endless buffet of cinematic inspiration since they started making movies.  Believe me, not everything is a deep lake of metaphor, but it’s fair to assume what we see on our television sets and on our big screens can often be influenced by the times we live in.

I realize you can apply the aforementioned  statement to just about anything.  But as we close out the month of October, I feel now is more a appropriate time than ever to discuss how society has impacted horror movies and also how it might shape the future of the genre.  This can get pretty deep so for now let’s focus solely on America and ask yourself one question… what has America been afraid of?

If you were to talk to your grandparents about growing up during the height of the Cold War in the 1960’s and 70’s, you’d hear several stories.  However, underneath the dialogue, which I’m sure is centered on astronauts or John Travolta, you’ll probably discover a common thread; fear of nuclear war.  They’re not joking either.  Back then the United States and Russia were taking part in the greatest “measuring contest” history has ever known. While missile silos were getting packed like a suitcase, millions of people lived everyday with the fear that those bombs could go off at any time. 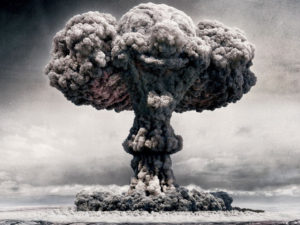 Want to know what else became really popular during the 1960’s and 70’s? The “slasher”.  A horror movie supplemented by an agent, or agents of death that have one sole purpose, to kill.  Michael Myers may actually be a person of substance under the mask, but we don’t care.  His job is to personify our societal fears, be the blank emotionless face which seemed to remind an entire generation of people that their lives can be taken at any moment.

Think about how some slashers sneak up on their victims and by the time they notice, it’s too late… 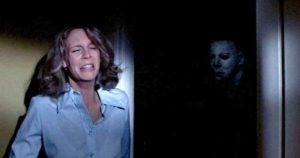 What I’m talking about here extends well beyond the days of disco.  As America saw a renewed economic prosperity in the 1980’s and 90’s, the fear of losing said prosperity prompted a very capitalistic approach to horror.  Halloween, Friday The 13th, A Nightmare On Elm Street, all turned into franchises with substandard sequels specifically designed to feed the Hollywood machine.  This gave rise to the whole “let’s take (insert character) and put them in (insert place)” formulaic fodder that feels more like desperation than a quality product.

So it’s only fair to ask the question… where does horror go from here? What will we fear in the future?

If you are in the scary movie business, fortunately for you, there’s a whole bunch of stuff to be afraid of right now. This world is a pretty crazy place and it’s getting crazier by the minute.  Our country couldn’t be anymore divided, our media and politicians perpetuate fear with the goal to have us watching or voting.  As soon as a phobia is established, it’s ripe for exploitation. 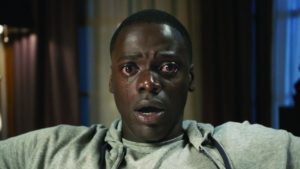 I personally believe trends in horror will shift to a “fear of plutocracy”.  We are going to see more movies and shows that vilify the upper class.  Don’t get me wrong, Hollywood has been doing it forever.  But ever since Get Out became a cultural phenomenon, there has been an awakening to a new antagonistic force in our society.  Rich people.

Whether or not you agree the wealthy should be put on such an evil pedestal is your opinion.  However, a great deal of people in America today who feeling the powerlessness associated with major economic inequality.  That emotion of insignificance can lead to placing blame on an external tormentor (thank you Batman Begins), then Hollywood comes in and personifies it.

How many references to the “sunken place” have you seen the past couple of years?

Capturing this fear of plutocracy so well is one of the many reasons Get Out did what it did.  Including winning an Academy Award.  The film paints a simple, yet wonderfully metaphoric picture of the fears African Americans may have about the world today.  A true landmark of the genre and catalyst for a new movement in film.

It won’t be long before others jump on the train of plutocratic horror and our entertainment consumption becomes aimed at the twisted personalities of those who are better off.

I’m thinking Friday The 13th meets The Most Dangerous Game.

What do you think will happen to the horror genre in the future? Let Nerdbot know in the comments!!