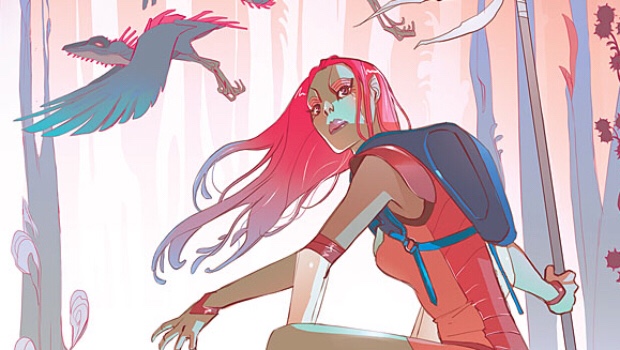 One after another like a perfectly oiled machine of graphic entertainment, our friends at Aspen have been dropping independent comic dimes. 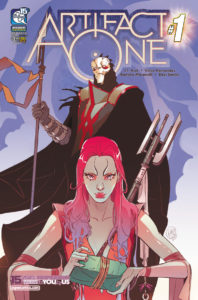 This week’s review is of Artifact One #1, scheduled to arrive in stores on October 10th. Now I know you’re seeing a number one in the title of this issue but technically we’re on the second chapter. Yes the book started at zero, don’t ask me why. So if you’re looking to tryout a new series, just remember you have a little catching up to do.

Just know Artifact One isn’t a a superhero story. Though the Kingdom of Kaladon has no shortage of supernatural elements. I’d say it’s more in line with the fantasy genre than anything else. We have evil Clerics, societal oppression, a quest for the truth that may threaten the very fabric of existence.

Our protagonist Remi and her alchemist father take a nature walk through the forest. After a rather informative discussion about the mineral Kalstar, he opens his bag then gives Remi something that “is beyond his understanding”. A great mystery to be solved… but they must be cautious. 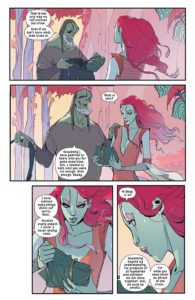 Next there’s a brief stop in Kaladon where the Clerics hold a massive religious sermon, convincing attendees the world is not theirs. And deviating from the ways of the Elders is “heresy of the highest order”. Some real brainwashing type stuff. Kinda reminds you of a certain situation happening in… America. Believe me, the images from the page seem to illustrate this perfectly.

Remi and her father decide to deliver a homemade pain reliever to a woman named Diorna who is dying. I use the word “pain reliever” here very loosely. Diorna is stuck in bed, barely able to move. She drinks the elixir as the Clerics storm the domicile.

The chase is on! Remi and her father make a quick stop at home to pack. They’ve got to get out of town. Unfortunately the Clerics stop that from happening. Remi escapes but her father is taken prisoner and drug into the street to meet his executioner. She witnesses his death then runs away. A complete train wreck of emotion. 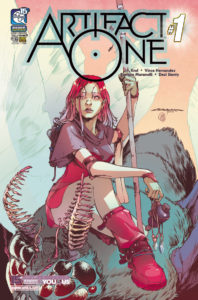 The issue ends with Remi sitting under a tree. Still processing the recent tragedy, she decides to open the mysterious package her father gave her earlier. We see a piece of metal with the letters N.A.S.A. printed on it.

Now that N.A.S.A. is involved I have no idea where Artifact One could go.  Sometimes I like to play a game where I try to figure out what’s going to happen in movies, shows, books, you’d be surprised how bad I am at this game by the way.  There were moments where I thought I had this story figured out.  Remi finds the “truth”, the Clerics try to stop her from telling everyone, blah blah blah.  But now we have a solid twist on our hands.  Are we talking interplanetary travel? Are humans the Elders? What are the Clerics hiding?

I kinda have to know.

We’ll have to wait until next month to find out.

How do you think N.A.S.A fits into the story? Let Nerdbot know in the comments!!