If you’ve ever been waiting in a line at an Anime Convention, sat at a bus stop, or have downloaded one of their games as your own you’ve probably already seen one of KLabGames’s amazing games in person. For those who haven’t, KLabGames is a gaming software company that brings us titles like Love Live! School idol festival, Bleach: Brave Souls, Captain Tsubasa: Dream Team, and Utano☆Princesama Shining Live.

On KLabGames’ website, the gaming company describes itself as “An image viewed from the inside of a mobile device, this unique logo shows three people peeking into a smartphone screen”. This slogan represents KLabGames’s passion for creating attractive and exciting mobile content so engaging that users are tempted to share their personal devices with everyone around them. The “K” shape is taken from K Laboratory, the name of the company when it was officially established in 2000.”

KlabGames, one of the leaders of mobile gaming internationally, has made an astounding effect on the industry in the USA. (As evident by the Love Live! cosplayers pouring into conventions nationwide by the thousands for the past few years) KLab has been one of the top 50 grossing game publishers for the majority of this decade.

I was lucky enough to speak to Mark Mowbray, the KLabGames Global PR Director in order to learn a little bit more about the company. It’s hard to ignore the significant boom conventions have had, with video games easily accessible on your phone especially. KLabGames has been responsible for bringing many of our favorite mobile games to the U.S., and I asked what they attributed this to.

“There’s been a huge surge of support for anime and manga series in recent years in the United States. This social phenomenon is extremely fortunate for us, because that’s one of the things KLabGames does best – we take great Japanese content, make them into high-quality, entertaining (not to mention challenging!) games, and deliver them to a global audience. Japanese content is very popular with U.S. gamers right now, and we are very fortunate to be a part of that community.”

I also wanted to ask, (for the thousands who would like to know after waiting in line for hours to get exclusive merch) since Love Live! has become such a phenomenon in the USA, will there ever be more events during the rest of the year for fans of the series to enjoy guests/events/situations to buy merchandise. Mowbray did state, “At the moment, KLab has no plans for that.”

However, the consistent love for the popular franchise did not go unnoticed. Mark Mowbray went on to say:

“It was an amazing chance for the developers of the mobile game Love Live! School Idol Festival to get to meet fans and have fun with them. We all had a blast and we’d be thrilled to have more opportunities in the future to get to share in everyone’s love and enthusiasm.”

Fans of the company’s many games will also be pleased to learn that KLabGames has amazing things coming in the near future.

“We’re super proud of all four of our global titles that we were here representing at Anime Expo. As for new games to look forward to, there’s a number of exciting releases planned for this year in Japan for KLabGames. I’m personally looking forward to the release of the KLabGames original online mobile RPG, Magatsu Wahrheit, slated for release in Japan in 2018!”

KLabGames was founded in 2000, which has created generations of inspired fans. To gamers who have aspirations and goals of someday being able to join the world of the Japanese video gaming firsthand, Mowbray gives sound words of encouragement.

“I grew up in North Carolina playing video games and loving anime, and now I have been granted this amazing opportunity to work in the video game industry in Japan. It has been an incredibly rewarding experience giving back to the anime/gaming community that gave me so much growing up. If you are a huge fan of anime/manga and Japanese video games and you want to work in the industry in Japan, please know that dreams do come true! I love it when I see other U.S. gamers talking about moving to Japan to get involved in the industry. There’s never been a better time to follow your dreams!” 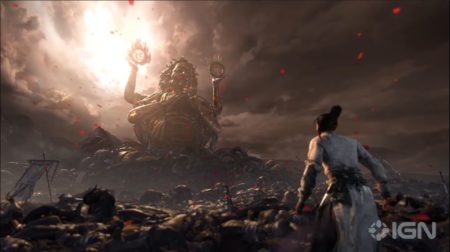