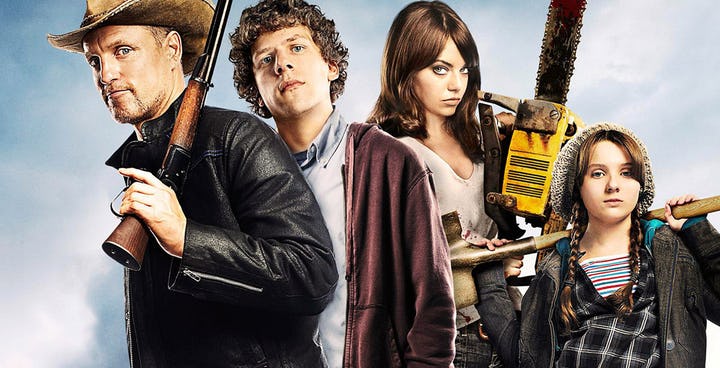 Its finally time to learn some more rules for zombie survival. Just in time for the 10 year anniversary of the orginal Zombieland film from 2009, Zombieland 2 has been announced to start filming in January. It’s time to see if they have been following all 32 rules of survival!

“It’s been 10 years, so who knows what the world will look like at this point?”

The original cast (Woody Harrelson, Emma Stone, Jess Eisenberg and Abigail Breslin) will be rejoining the sequel. Also joining for Zombieland 2, are the orginal screenwriters, Rhett Reese and Paul Wernick. Ruben Fleischner(Venom) has been teasing that there could possibly new kinds of zombies and new survivors for us to embark, but that’s all. The film will be shot in Georgia and set to release in theaters in October 2019.

Are you excited for the new Zombieland? Let Nerdbot know in the comments.