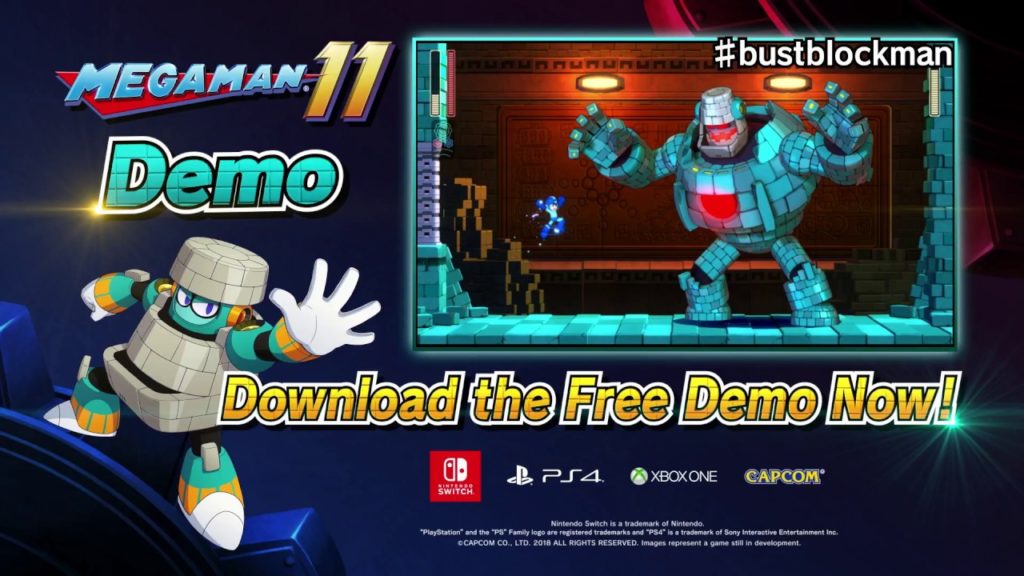 Capcom began streaming a second promotional video for its Mega Man 11 game on Friday. The video previews the game’s enemies, gear system, and challenge mode. It is available in English and Japanese.

Capcom also began streaming a the first part of an introduction video for the demo version of the game, which launched on Friday in North America, Europe, and Japan. The demo is limited to the Block Man stage from the game.

The game is slated for October 2 in North America, and October 4 in Japan. The game will ship for the Nintendo Switch, PlayStation 4, Xbox One, and PC.

Those who pre-order the game will receive an in-game soundtrack with eight alternative instrumental piano themes. The Japanese collector’s edition for Nintendo Switch will include a Mega Man amiibo figure. The game will have 3D character models and hand-drawn environments. The game will also have multiple difficulty modes and it will support Remote Play for PlayStation Vita.

To save the day, the Blue Bomber must battle Robot Masters and take their powerful weapons for himself, which now changes the hero’s appearance with new levels of detail. The innovative new Double Gear system lets you boost Mega Man’s speed and power for a new twist on the satisfying gameplay the series is known for.

Are you excited for a new Mega Man game? Which one is your favorite? Tell Nerdbot about it in the comments