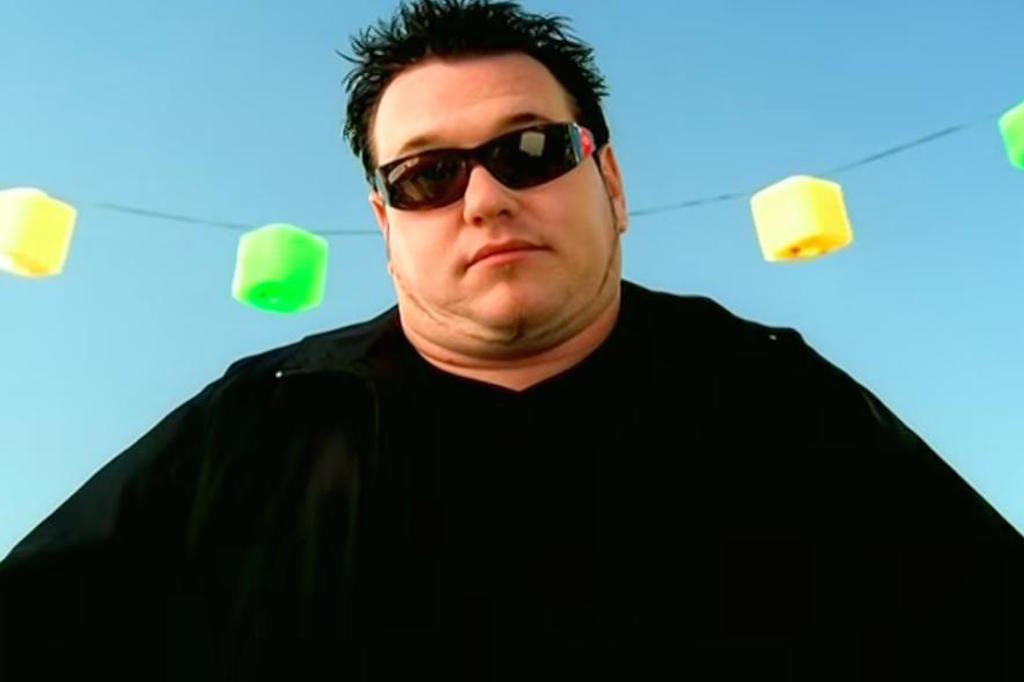 Hits from the 00’s That Will Outlive Us All

My mother and father had a five year age gap, and she always said that where she noticed it the most was in their taste in music. My father preferred Roy Orbison, Motown, Elvis. My mother, more of a child of the sixties and seventies, was into the Bee Gees, the Doors and the Beatles.  My own husband and I have a similar age gap, he was graduating high school when I was in eighth grade (we didn’t meet then, that would be the height of creepiness).  His musical experiences are different than mine. His was the era of grunge waning into an angrier rock, when techno and raves were underground and required a map and a password to uncover and Coachella was just a small time concert in the middle of nowhere. His was the era of Tool, Rage Against the Machine and Radiohead, saying something with their music and their videos. My era, the 00’s… not so much.

My era was the awkward haircut of music. Our alternative was neutered, bands like Third Eye Blind and Matchbox 20 were our angst, Blink 182 represented punk, boy bands and singing dance groups had dolls for sale in every Claire’s in every mall. We started the regrettable rap/rock genre and dressed like Fred Durst. When people have 90’s themed parties they will play Nirvana, Smashing Pumpkins, The Cranberries and so on. The songs in this list were not necessarily the most popular songs of the early 2000’s or even the best or worst. These are songs that inexplicably have lasted the test of time and remain on the airwaves today, a perhaps inaccurate depiction to future generations of our collective taste in music.  When people have early 00’s themed parties they will unfortunately play….

The CD player is broken in my car. My car is broken as well, but that’s a whole other article. As such, I listen to the type of local radio reserved for auto-body shop waiting rooms and Denise from accounting’s office. If I don’t hear “Smooth” once a day I assume that I died, and no one told me. That’s the only possible explanation for not hearing that on the radio, in CVS, or body waxing salon (who have a valid reason for playing it).

If you haven’t heard the song, you’re either a newborn baby or have been locked in that prison from the Dark Knight Rises for the last twenty years.  Behind the sassy tunes of Santana’s guitar, Mr. Thomas praises a woman for her subtlety. He also says “barrio” in a way that makes you wonder how many bodyguards it takes to keep him from getting wedgied on a daily basis.  Of all the songs on this list, “Smooth” makes me personally furious that this is the representation of my generation’s music. This is our “Freebird” or “Johnny B. Good”. My future children will thoughtlessly buy me a Rob Thomas CD for my fiftieth birthday from the bargain bin at the liquor store as an afterthought and I’ll have to pretend to like it. My future children are the worst.

Not to be confused with the Proclaimers far superior “500 Miles”,  “A Thousand Miles” was part of a bizarre fad in the early 00’s concerning our fascination with people who could play piano and sing. I mean, they’ve been doing it since the invention of the piano, I’m sure. I’m not sure, but I’m not Googling that. Googling “the invention of the piano” is the kind of thing that gets you into a weird internet hole, and suddenly it’s Wednesday and you’re looking at instructions on how to build a loom.

Perhaps we were fatigued by the parade of lip-syncing, highly choreographed acts or everyone and their cousin insisting they were a DJ (nicely commented upon by Heavy Rock’s house track “I Just Want to be a Drummer”). Carlton’s catchy little ditty was a palate cleanser in a world where Marshall Mathers rose to fame by threatening his wife and mother and… Moby for some weird reason. That’s like a wrestler getting in the ring and threatening the dude selling T-shirts. I guess it’s easier than calling out The Rock, but a little strange. Anyway, “A Thousand Miles” remains on heavy radio rotation, reminding us all of a simpler time, when we played piano on the back of flatbed trucks.

Nelly Furtado puts me in mind of what could have happened to Taylor Swift. Not on a talent level, I’m not here to debate the talent of Taylor Swift. People get concerned when you’re in your thirties and have too much of an opinion on Taylor Swift. Furtado puts me in mind of Swift because I think while the music industry machine recognized talent in both, they also weren’t sure what to do with that talent. While Swift cruised away from her more country beginnings into mainstream pop, Furtado was all over the place. “Like a Bird” is an airy anthem for being a flake, however her later collaborations with Timberland, King Midas of the 00’s, tried to make her a hip hop artist.  The transformation never quite stuck, and her high school analogy about stupid birds who can’t find their homes insults birds worldwide to this day.

“One Week”, like Sugar Hill Gang’s “Rapper’s Delight” and R.E.M.’s “End of the World” is for many, an accomplishment of how many of the rapid fire lyrics you can manage before flubbing it. It’s got more references than a season of Mystery Science Theater and undoubtedly the only Barenaked Ladies song you can name without the aid of Wikipedia. Ninety percent of the song is barely coherent, just odd words and T.V. shows thrown into a hat and picked at random. Sailor Moon. Kurusawa. Harrison Ford. I think they mention my name at least once in the song. When they finally get to the chorus, the heart of the song is about the stupidity of fights most couples have and how some random dude rapping about chicken helps that. We’ve all had a fight about the dishes, or a partner throwing a ruffled potato chip at us and not spoken for a week afterwards. (Ruffles have ridges!)

Like the Biebs, is it too late to say sorry? I apologize for reminding you of this song and getting it stuck in your head. Who liked this song? Even, if momentarily you did, like that five minutes I liked that Chainsmokers song, who still likes it? It was ALL over the place when it came out, like leopard print and eyebrow piercings and no matter how many times we try to stalk it to its musty burrow and beat it to death with a phone book, it comes back. It was in all the movies as shorthand for a character being a LOSER. I’m no historian, but I do believe we were over the L for Loser gesture by then.  Like “Smooth” this will definitely show up at your kid’s themed frat parties where they dress in vintage Moby graphic tees and wear white Oakleys on the back of their heads.

Usher took what is normally a noncommittal answer to whether you want a donut and turned it into a smash hit. I have to admit, I was a fan of this song. There wasn’t a party or a casual cruise down the main strip of town in your friend’s mom’s Camry without this song. Lil John screams like a bus stop preacher about, well, Yeah and all its glories and listening it to again reminds you of a time where Luda’s most recent credit wasn’t “talking police dog”.  “Yeah” still retains a presence on the radio and bachelorette parties across the country, unlike the little known follow up, “Maybe some other time, I’m tired and I have to work in the morning.”