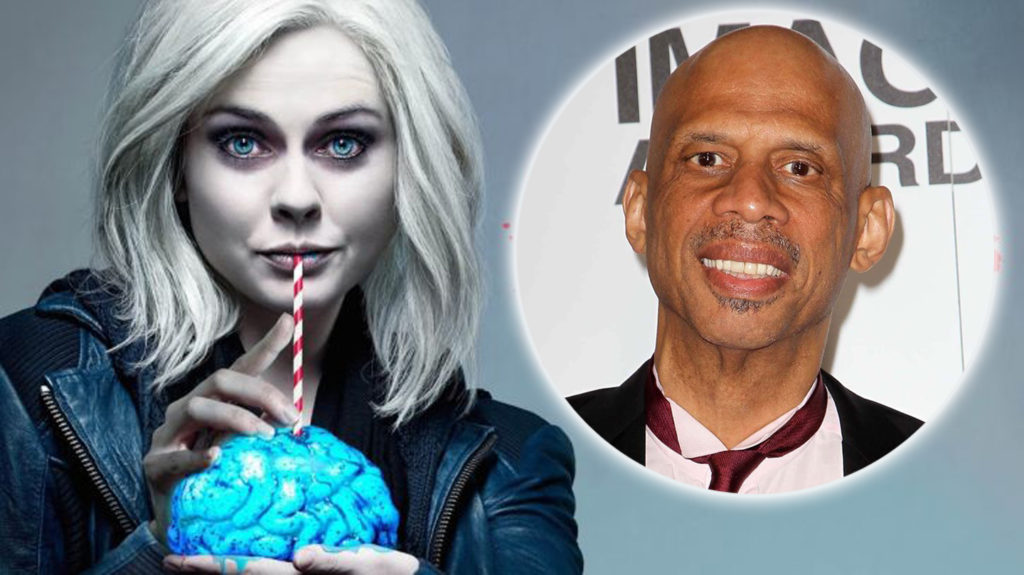 NBA Legend and Hollywood Reporter Columnist Kareem Abdul-Jabbar will be acting again in an upcoming role in the fifth and final season of iZombie. The news broke after Rose Mciver tweeted a picture of the two of them, he of course towered over the actress who is only 5’4″.

According to the Hollywood Reporter, Abdul-Jabbar will play Zed, one of just two Seattle City Council members who didn’t flee the city before the wall went up. Zed is a zombie, and his fellow council member is a human, thus creating a unique form of gridlock at city hall. With the wheels of government ground to a halt, Liv’s (McIver) friend Peyton (Aly Michalka) — the deceased mayor’s chief of staff — is left effectively in charge of running the city.

His most well known acting role is probably co-pilot Roger Murdock in Airplane! from 1980 but he has acted in other things. Most recently before this he played a version of himself in BET’s mocumentary series The Comedy Get Down in 2017.

You can look forward to watching the duo on the final season of iZombie which is to air on the CW in 2019.