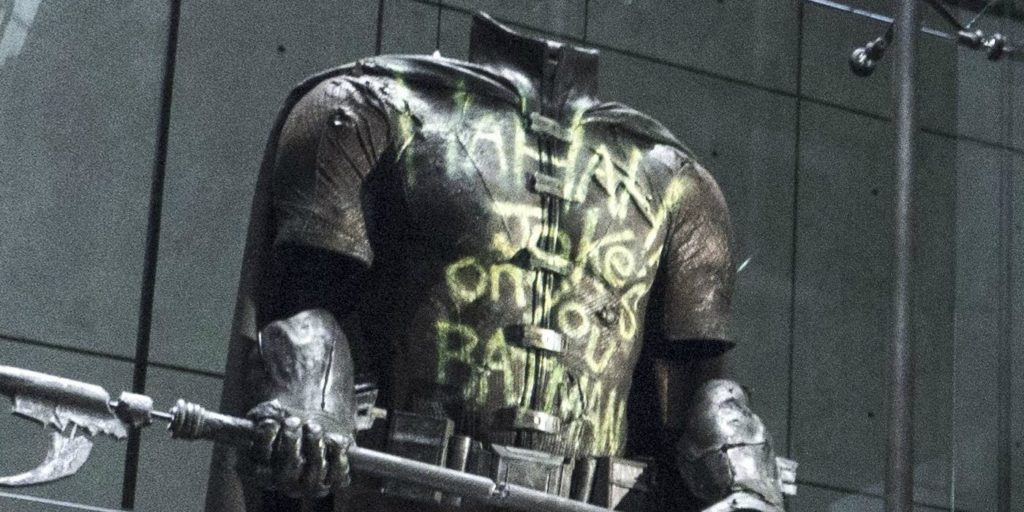 Zack Snyder has confirmed that the Robin killed by the Joker, in his version of the DCEU, wasn’t Jason Todd. Instead, he revealed that it was Dick Grayson, who had lost his life to the Clown Prince of Crime. A few years ago, we caught a glimpse of Robin’s suit in the trailer for Batman vs. Superman and fans have speculated which version of the character had been killed.

As reported by movieweb.com, Snyder confirmed the identity after commenting on a fans social media post of the Batman and Harley Quinn deleted scene from Suicide Squad. The fan captioned the photo with, “Batman to Harley (Suicide Squad, Deleted Scene)… Jason?” Snyder replied with a simple one word answer to correct the DC fan by saying, “Richard.”

This confirmation veers way off course from the source material of the DC comics. Instead of Grayson being killed by the Joker in the comics, it was in fact the second iteration of Batman’s Robin, Jason Todd. In the comics, Jason Todd is killed by Joker after being beaten to death with a crowbar in the series “Death in the Family”. Later, Jason Todd would rise from the dead becoming the vigilante Red Hood, often times putting him at odds with his former mentor. 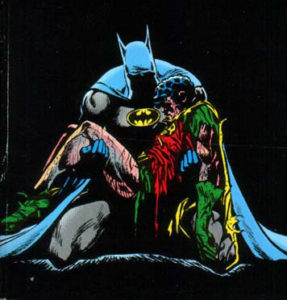 As Snyder has said before, he looked for his Robin to be the Carrie Kelley version. Now that Snyder is out of the DCEU, this development can no longer be considered as canon. However, it will be curious to see if DC stick’s with Snyder’s original plan for the character.

As we now know, we will be getting a version of Dick Grayson in the upcoming Titan’s television series, but it seems this will be completely separate from the movie universe. A Nightwing movie is currently in development. Will the title character be Grayson or will the DCEU stray away from the source material, much like Snyder, and have another character take up the mantle, such as Tim Draker or Jason Todd?