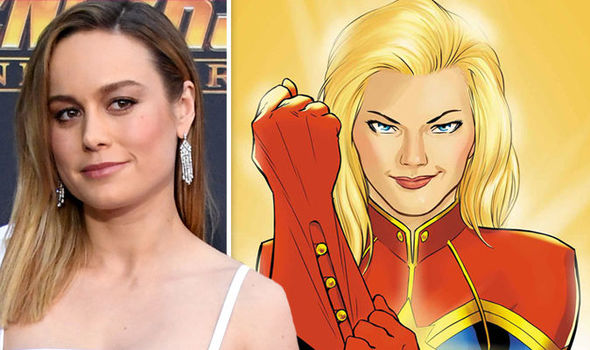 Marvel Films No Longer To Be Released on Netflix

Comicbook.com reports that starting with ‘Captain Marvel’, Netflix will no longer be releasing any Marvel Movies. When Disney‘s streaming service was announced, one of the biggest questions for Marvel fans was what it meant for the future of Marvel Cinematic Movie home releases.

Netflix has been the big debut platform for MCU films after the home video run, but now we know exactly when that era will end.

As revealed in a report from the New York Times, Captain Marvel will be the first Marvel Studios film to be offered exclusively through Disney’s streaming service. Ant-Man and the Wasp will be the final MCU movies to get their streaming release on Netflix.

“Starting with ‘Captain Marvel’ in March, all of the films that Walt Disney Studios releases in theaters will subsequently flow to the Disney streaming platform instead of to Netflix,” the New York Times reports.

Disney is building the streaming service as part of a make-or-break plan to address threats to its vast television business. What matters is that Mr. Strauss has a unique mix of skills. He has content and marketing experience — along with “an astute awareness of how audiences connect with the Disney brand,” as Kevin Mayer, chairman of Walt Disney Direct-to-Consumer and International, put it in a news release announcing Mr. Strauss’s promotion.

A live-action “Star Wars” series coming to the platform from Jon Favreau, the director of films like “Iron Man” and “The Jungle Book,” is expected to cost roughly $100 million for 10 episodes. “‘Star Wars’ is a big world, and Disney’s new streaming service affords a wonderful opportunity to tell stories that stretch out over multiple chapters,” Mr. Favreau said in an email. He added of Mr. Strauss: “Marketing is about telling a story, and his background in that area allows us to collaborate and create new content.”

This will clearly affect Netflix; it won’t just be Marvel movies that no longer debut on the streaming service, but all of the Disney animated films and the Star Warsfilms, as well. It furthers Disney’s intended goal of launching a “Netflix-Killer” service that will offer viewers top-shelf content exclusively.