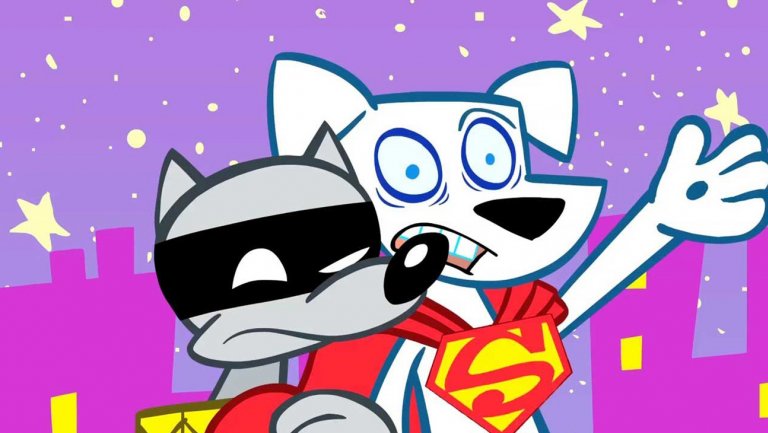 Earlier this week Jared Stern confirmed that he has been tapped to write and direct a new DC Super Pets movie.

Jared has worked on other children’s films having written The LEGO Batman Movie and The LEGO Ninjago movie for Warner Bros. in the past. He is also credited for contributing to movies such as Disney’s Bolt, The Princess and the Frog and Wreck it Ralph.

With Teen Titans Go to the Movies doing so well in the box office making over $14 Million it seems Warner Bros is really hitting it out of the park lately. If this movie throw in the same comedy meant for adults and those in on the joke of previous DC movies like Teen Titans Go more than likely it will be a huge success.For the new Super Pets film they have no shortage of options. Super pets in the history of the DC universe include a long list of pets: Krypto the Super-Dog, Streaky the Super-Cat, Beppo the Super-Monkey and Comet the Super-Horse from the Superman and Superboy comics; Damian Wayne’s dog Titus; Aquaman’s seahorse Storm; plus Flexi the Plastic Bird, Bat-Cow and Clay Critter, who was killed by Dex-Starr and Harley Quinn’s hyenas Bud and Lou.

It is unclear if they will take the writing in the direction of DC’s Legion of Super-Pets or possibly pull from Cartoon Networks previous series Krypto the Superdog for ideas. It is still possible that Stern will come up with a completely original script and be able to make up new pets as well to fit the narrative.

Are you ready for another success like Teen Titans Go? Would you want to see this film? Tell Nerdbot in the comments and get the conversation going!

*I want to make a note that while other sites will credit Warner Bros for the picture at the beginning of the article no official artwork has been released. That is from a screen grab from a YouTube short that DC posted in 2013.