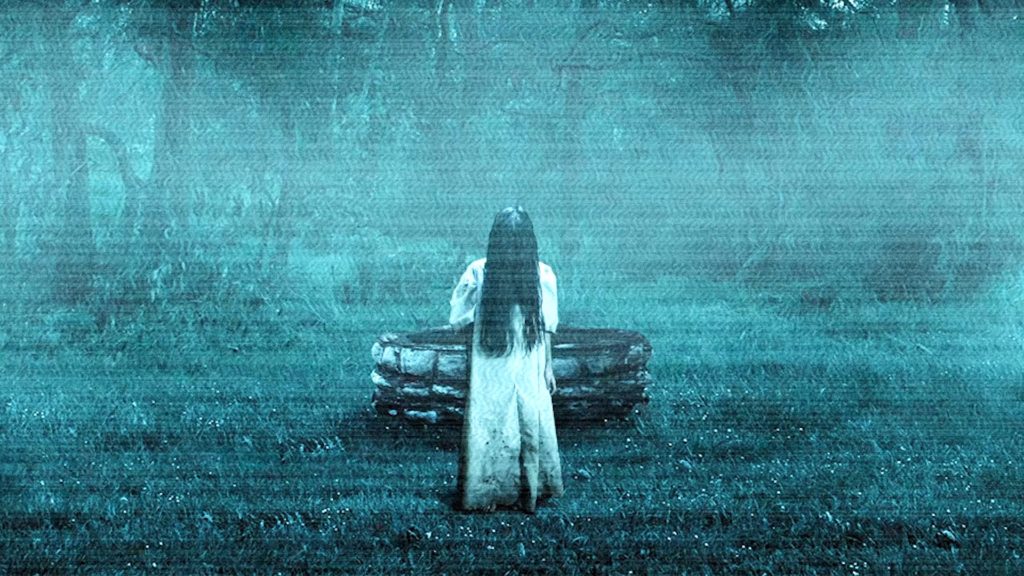 There are horror films of all flavors, likely one for every kind of weirdo out there. From films set in reality where the murder is a human/someone you know (Last House on the Left, Scream) to the fantastical and silly where killer dolls come to life with a magic spell or during an electric storm (Child’s Play, Dolls). Or sometimes, like in the case of IT, the terror falls somewhere in between.

Whatever the case for the film you’re watching is fine. But the more horror movies I watch, the more I become annoyed by movies that change their established rules partway during the film/series of films. And there are few horror franchises I love more the The Ring. So, when I saw the new one Rings (2017) hanging out there on HULU, I knew it needed my worshiping eyes laying upon its alter of terror. 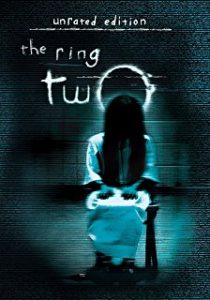 Before we dive into Rings, we have to acknowledge the original The Ring, a 2002 American remake of the Japanese horror film Ringu. The Ring was the flagship in the trend of American remakes of Asian horror films that would explode on the scene between 2002-2008, approximately. I remember because I worked at Blockbuster in 2005 and there they all were. Juon/The Grudge, Dark Water, The Eye, The Eye 2, Mirrors, and that Korean flick about the stepsisters. But there was just something special about The Ring. It was deep, mysterious, and the imagery was truly disturbing. While movies that followed tried to lean in and latch on to what made The Ring so upsetting (and for the most part, failing) The Ring told an upsetting story about a wrathful ghost who doesn’t care if you try to “help her” because SHE NEVER SLEEPS. But then, the The Ring Two happened. And with it, came a horror-trope-ruiner.

I call it, the Religion Bomb™.

The Religion Bomb™ is a specific kind of trope that I feel needs a little bit of explaining. You see, movies with religious imagery in and of themselves are not problematic. The Exorcist is one of the most frightening movies ever is exist. Even if you’re not Catholic, or the idea of demon possession doesn’t affect you on a religious or spiritual level, that movie was scary as shit. The sounds, the moaning, the head-twisting, the barfing, the crucifix stabbed in a little girl’s nether-region, the makeup, the tension. Just all around successful. Therefore, just because something is religious in decorum doesn’t make it problematic.

Here’s where the issue lies: While viewers understand that we need to suspend our disbelief to accept that Freddy Krueger and his charred-faced-murder-claws are going to get us in our sleep, we still need a set of rules to understand how the universe in which he exists functions. That’s the bare-bones of all fantasy settings; world building. When you build a world and inform the viewer that ABC are happening here because of XYZ, we shelf the logical part of our minds, enjoy the ride, and allow the knife-glove to graze against our skulls.

The Religion Bomb™ is a thing that happens when horror films are copping out, plain and simple. The writers/movie runners/who cares doesn’t know how to push a story forward. So instead of stopping (because money is awesome) they’ll worm in a half-assed or convoluted story that preys on people who are stoked on religion because to them, that’s what is scary. I’ll give you some examples.

1) In A Nightmare on Elm Street 5: The Dream Child, the creatives that be proved they were running out of ideas when they introduced Amanda Krueger, a sweet and innocent nun. Amanda was a poor victim of circumstance, lock away and attacked by 100 maniac rapists, which of course produced the monster we know as Freddy Krueger. Instead of just letting him be a complete monster who preyed on children, they used a forced religious backstory complete with nun to somehow “explain” the evil.

2) In the first Paranormal Activity, The Religion Bomb™ was dropped halfway through the film. It resulted in completely destroying the “This Could Happen to Anyone” thing they were going for. The premise is simple; it’s the story of a young couple getting haunted. Using “at-home video cameras” they capture the haunting in their home that builds tension with more and more disturbing imagery. But then, out of nowhere, that cursed Religion Bomb™ was dropped. Now, it was no longer a regular haunting, but a specifically Catholic ghost that was attached to the girlfriend in the movie. The whole premise falls apart that “this could happen to anyone” because first, not everyone is this young woman. And second, not everyone believes in spooky Catholic haunting ghosts.

3) And last but not least, The Ring franchise, specifically in the new film Rings. Inklings of The Religion Bomb™ were dropped in The Ring Two when speculation of where Samara came from were discussed. Not simply allowing her to be evil or abandoned by her birth parents and adopted by the Morgan family in the first film, the religion card was played to the highest caliber in Rings. Samara was the daughter of a nun who was locked away in a basement dungeon by her biological father, a priest, and all of her evil ways are explained using church imagery and the (inherent to some) fear of them. It’s a cop out. Samara is evil because Samara is evil. She never sleeps and she was recorded in the asylum, sitting there all haunted with her hair in front of her face. Her evil scared her parents. Dad kept her in the barn with a TV and the horses. Mom finally pushed her into a well where she survived for seven days before she died. That’s it. The end.

Stop trying to use religion to give convoluted back stories to stuff that doesn’t need to be explained. That said, you can watch Rings on HULU, where you really should because it was a lot of fun to watch.