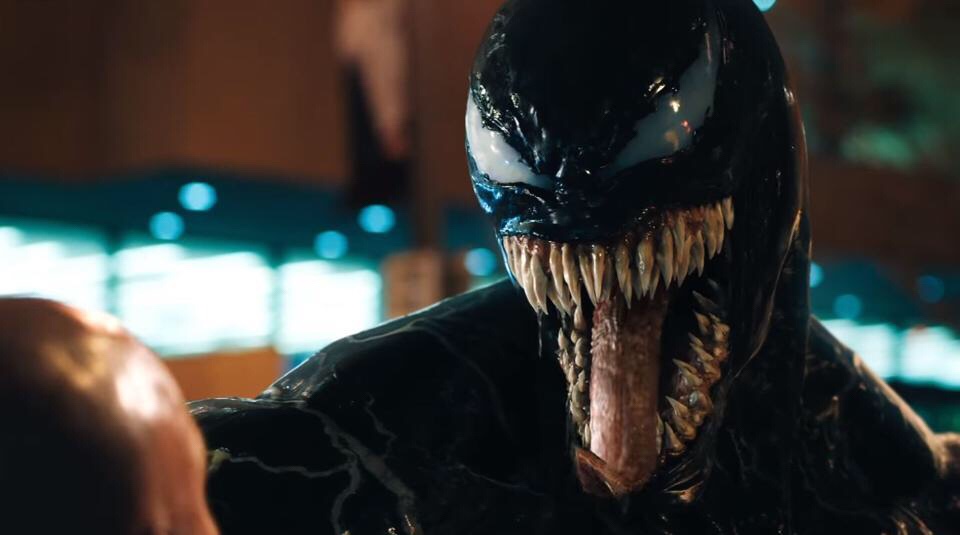 Finally, The Venom We Deserve

This week the movie preview Gods blessed us with a new Venom trailer.

If you have been keeping records, this would be the second glimpse of the film we’ve gotten from the studio. Though Venom won’t be in theaters for another six months, any concerns us fanboys have, should be put to rest… for now.

Four words; “In Hardy We Trust”.

Not too long ago, a brief teaser made its way online. Which I believe was more of an attempt to prove to everybody that this movie was being made. The footage didn’t offer much; some voiceover, a brief shot of the symbiote, and Tom Hardy walking. No joke, for only lasting a minute or so, Hardy definitely gets his walk on. I understand it’s only a teaser but one critical element was left for another day…

… and that day is today. Well, technically Monday when the imaged leaked but now we finally know what Tom Hardy looks like in the symbiote suit.

And damn does he look badass! Director Ruben Fleischer appears to be leaning more towards Venom’s appearance in the comics rather than whatever the hell Sam Rami decided to go with. 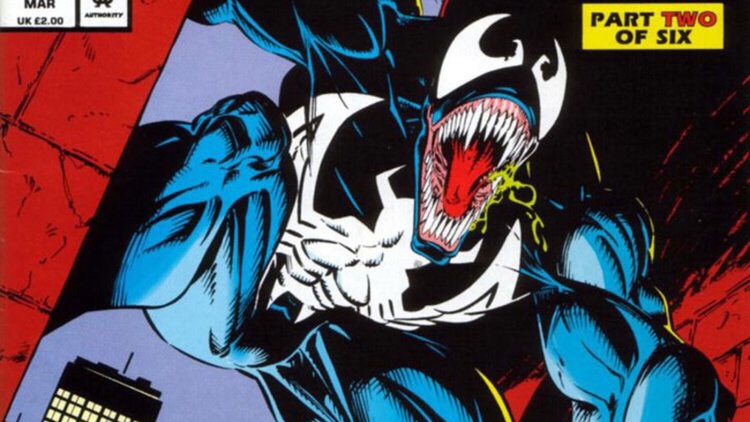 The image is hot off the press and I have already forgotten about Topher Grace. You remember him right? Eric from That 70’s Show somehow landed the role of Eddie Brock, or Venom, in 2007’s crown jewel example of how to destroy a project known to us all as Spider-Man 3. Personally I felt Grace hired the equivalent of Ari from Entourage to agent him into the part, but that’s just my opinion. I imagine he became jealous of Ashton Kutcher’s success outside the show and felt he was as marketable a persona as the Kutch. He was wrong.

If you are going to anything away from the trailer, let it be this; we finally have the Venom we deserve. Tom Hardy is an infinitely better casting choice for a villain, or anti-hero. For starters, he’s actually played one, a couple of times. Topher Grace has not. Hardy even has the physique to pull it off. I’d be afraid of him. Grace is a stick figure who even in a suit made of alien, couldn’t scare my cat, and she’s afraid of everything. People would line up around the block to work with Hardy. Would people even line up for Topher Grace’s autograph? I think not. 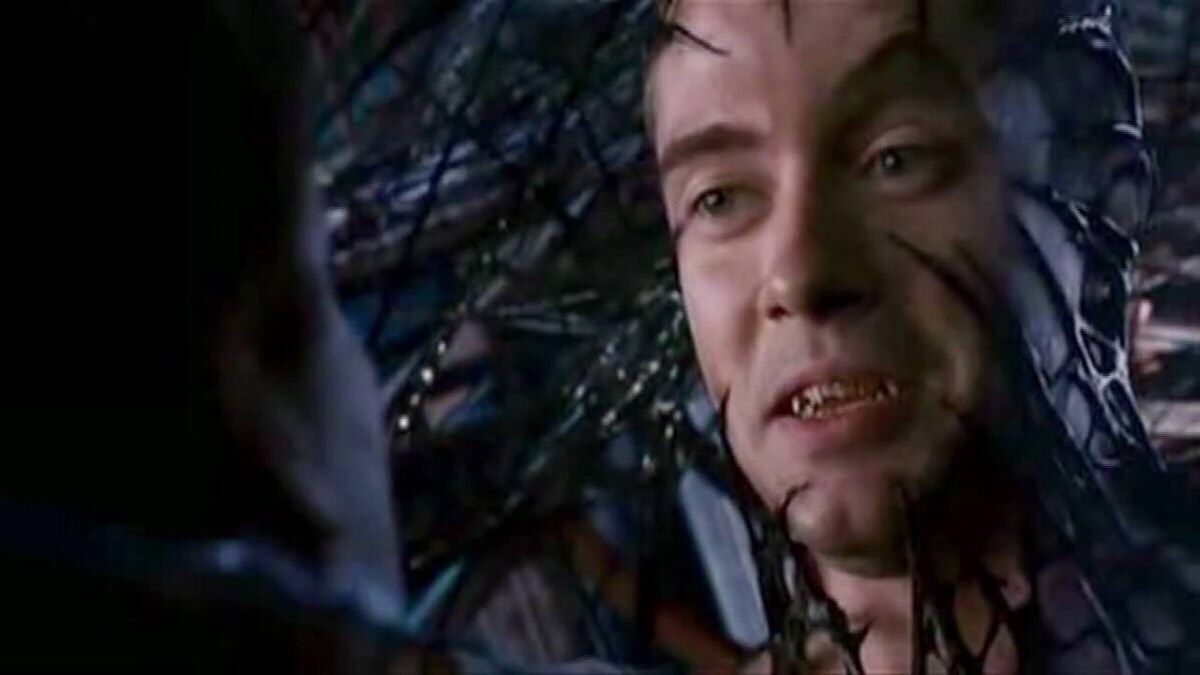 My God that was horrible.

It requires a whole other level of talent to tap into the darkness of a character and bring it to life. For anyone who is true to Topher (seriously if there is anyone who thinks Grace crushed as Venom please let us know) I’m sorry.

Following the trailer, a new poster for the film was released. 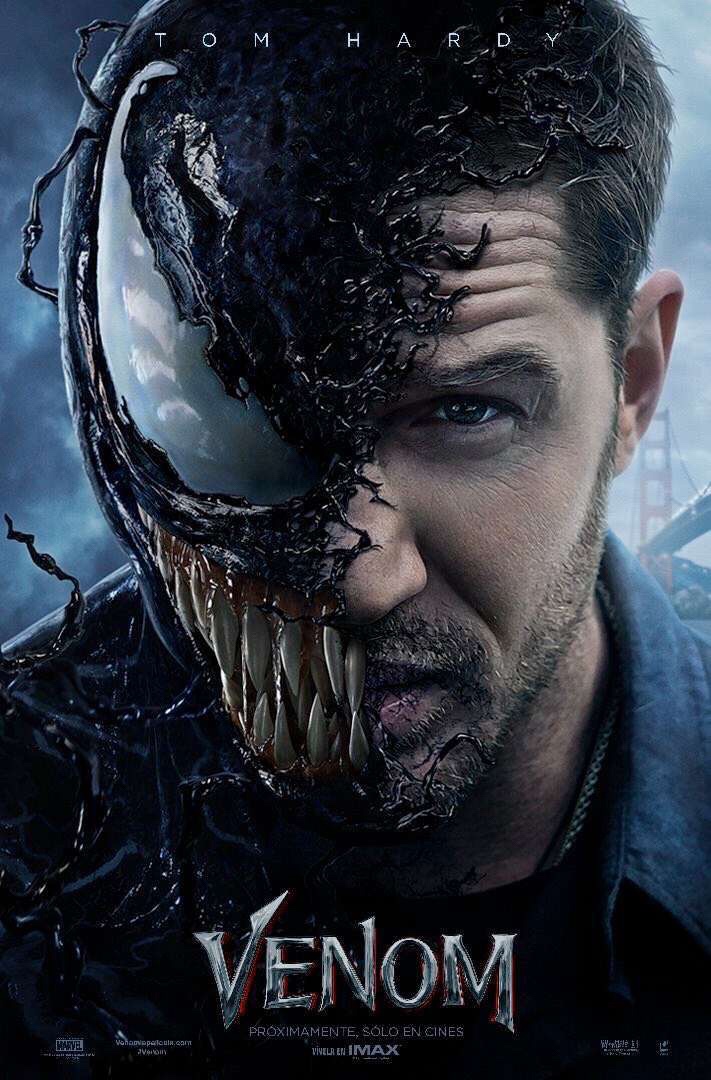 Now all we have to do is wait… six months.

Hardy vs Grace… who wins? Let Nerdbot know in the comments!