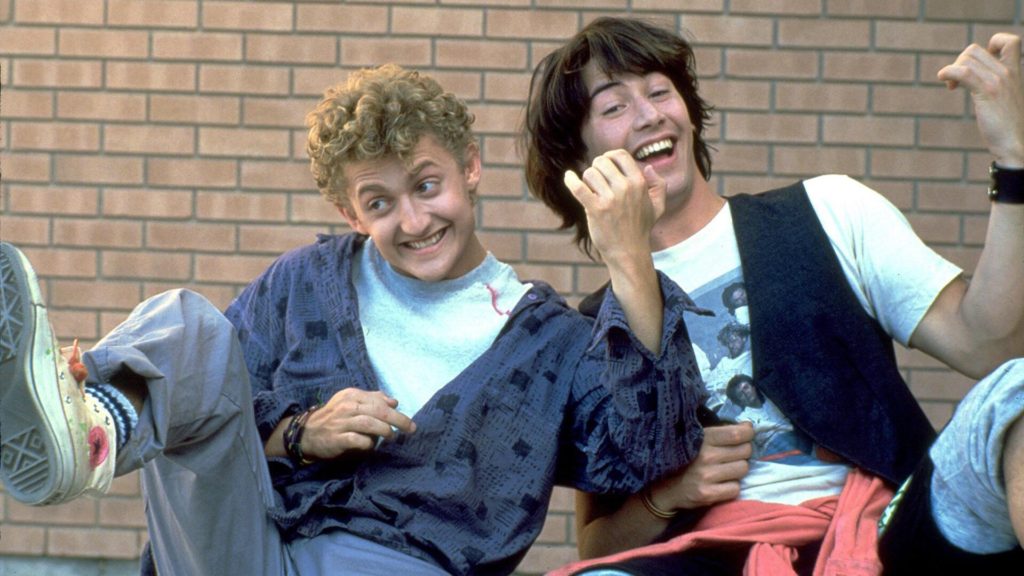 New Details On Bill And Ted 3

They passed Mr. Ryan’s History class, came back from the dead, beat Primus in a battle of the bands… so what’s next?

Another chapter in the compelling saga of Bill S. Preston Esq. and Ted “Theodore” Logan is something I’ve always felt was long over due. It’s a topic discussed in smoking circles amongst friends for many years. You may even remember a 2011 article from SlashFilm.com covering an urban legend about how the Pauly Shore stoner classic Bio Dome, was once supposed to be Bill & Ted 3 before the script was reworked. Damn urban legends, why can’t you be true every so often? Which sucks for fans because anytime we’ve heard about more B&T, the story disappears as fast as it arrives. Then members of my generation get to sit back and watch as the Hollywood reboot and sequel machine pumps out stories far less deserving of a continuation than the one of the two dudes from San Dimas, California who used a time traveling phone booth to unknowingly insure prosperity for mankind. 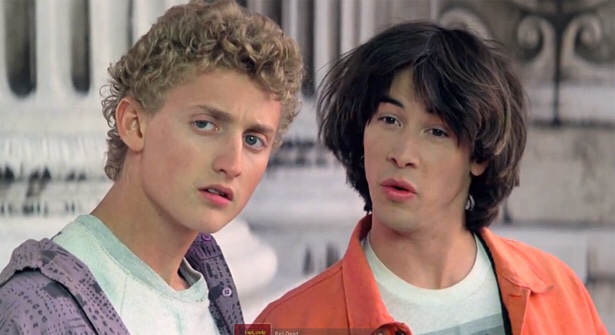 Well that’s about to change…

On January 25th, 2018 MovieWeb.com shined a light on the topic of Bill & Ted 3 with some of the best development we’ve had to date.

First, the screenplay has been finished. Writers Ed Solomon and Chris Matheson, along with Alex Winter and Keanu Reeves, have finally put a descent story on to the page.

A quote from Solomon’s interview with Digital Spy explains it further;

“We have a script that we really are proud of, that we worked very hard on, that we’ve done many iterations of, and we did it on spec, meaning we spent years working on it because we wanted to get it right, creatively. This is not, ‘Hey let’s all cash-in on the Bill & Ted thing for money,’ this is the opposite. This is, ‘We love these characters, they’ve been with us for our whole lives,’ Chris and me, and Alex and Keanu, and we wanted to visit them again as middle-aged men. We thought it would be really fun, and funny, and sweet. We really think there’s another movie to be done that is the opposite of cynical, that is actually made with love. [It’ll be] made with love and affection for the characters, and affection for the fans of Bill & Ted. All of us really want to give the people who love Bill & Ted, and people who haven’t even discovered Bill & Ted yet, a movie that is worthy of their affection. And we’re trying!”

The Digital Spy interview goes on to describe the main problem in getting Bill & Ted 3 made is trying convince others that it would make money. Unfortunately the movie business is a business but with the emergence of Netflix and Amazon maybe this isn’t too far away. Solomon reveals that the working title for the project is Bill And Ted Face The Music and will feature the duo, in their 50’s. On top of old age and family troubles, B&T are tasked with writing “the song to save the universe”!which I’m sure is not going to be easy. 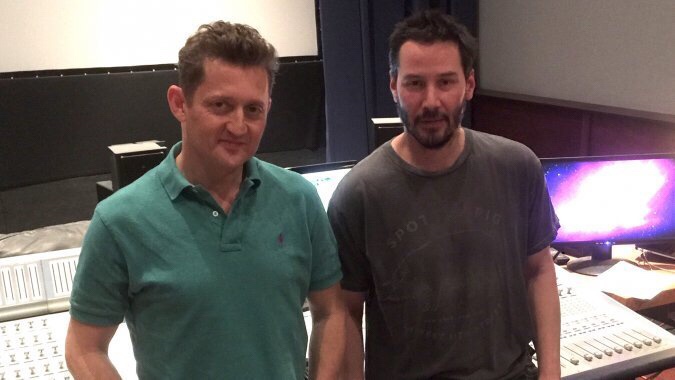 Click the link to read the entire interview at DigitalSpy.com.

Check back with Nerdbot for the latest developments.

Have you been waiting twenty years for Bill & Ted 3? Let Nerdbot know in the comments!