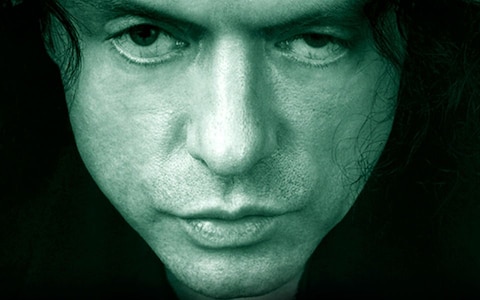 The Exquisite Pain of the Bad Movie

To many, watching a bad movie is a disappointing experience, like getting a poorly made sandwich or ordering anything from Taco Bell. You were expecting something satisfying, often times you paid money for it. What you got was Fritos and beef sauce angrily slammed into a Dorito shell by a menacing teenager. But bad movies, like bad pseudo Mexican fast-food, can sometimes be delicious, if there’s love put into it.

Take Tommy Wiseau’s, The Room, which is currently in the spotlight based on the positive reception of The Disaster Artist, by actor/director, James Franco, depicting Wiseau’s eccentric method of… basically everything. The Room is one of the most terrible/greatest movies ever made by Dracula’s much more frightening cousin.  It’s hammy, makes little to no sense and has extended football playing scenes with people who have obviously never touched a football in their lives. To explain the plot would be akin to explaining molecular science to a drunk cat – there’s no real reason to, it wouldn’t improve the situation in the least. The dialogue spins and rambles like your four year old nephew trying to lie about how dragons made him leave his backpack on the bus. Also like your nephew’s lie, there was supposed to be a vampiric flying car, but someone managed to convince Wiseau that was a little over the top. It’s truly what happens when you write, produce, direct and star in your own film while presumably huffing Magic Markers.

What truly makes a good bad film is the honest love put into it. Any Sci-Fi Channel movie director can take a sack of cash and some bad CG and make Giganto Lion vs. Croco-Shark starring some hard up ex-child actor from Step by Step. That’s not the same. They are actually trying to be bad, which comes off as lazy and more than a little boring.  Compare Sharknado 5: No One’s Laughing at This Gag Anymore and compare it with the magnificently terrible Birdemic: Shock and Terror. The director of Birdemic, James Nguyen, didn’t even see fit to check if some of his less fantastic scenarios would pan out in the real world. Do they really give million dollar bonuses to solar panel salesmen? Guess so? Would a model taking glamour shots at the CVS really blossom overnight into a Victoria’s Secret Model (one of the highest paid models in the world)? Can you take glamour shots at CVS? Would two millionaires celebrate their success with an evening at Shotgun Charlie’s Freeway Ramp Motel and Morgue? It’s less plausible than fighting Windows 98 Clip Art birds with wire hangers. Even less plausible than being able to steal motel hangers, because they secure those bad boys like ancient artifacts. Indiana Jones couldn’t get a wire hanger out of a Motel 6.

The point is, every terrible actor, every stunted line, is put forth with the utmost desire to sincerely entertain the audience. And they do, just not in the manner intended. The director of Birdemic: Shock and Terror, is genuinely confused that his work is not considered a romantic thriller in the vein of Hitchcock and rather as one of the finest comedies to hit the Redbox. This is charming, due to the fact that at least one character meets his demise by being smothered with toxic bird poo. Imagine the informing officer who had to report that to the poor victim’s family, while keeping a straight face.

Troll 2, created by Italian husband and wife team Claudio Fragasso and Rossella Drudiis, is another classic example of befuddled filmmakers with claims to the title of Worst Movie Ever. Troll 2 has exactly zero trolls and one scene where a woman tries to sexualize corn on the cob. The movie is a decidedly anti-vegetarian piece, warning good carnivores of the danger of kale chomping goblins. The filmmakers spoke little English which is clear in the dialogue and plot, which heavily involves a child’s hallucination of his dead grandfather. The film garnered so much anti-success that it led to its own documentary “Worst Movie Ever”, featuring the small town dentist who starred in it.

Ah, but you say, that’s an era bygone. Bad sets, bad acting, the whole thing filmed with your cousin’s camcorder and starring your co-workers from Applebees. Times were tough in the late 90’s, we had to dial up our internet and find a payphone to respond to our beepers! Nowadays CG is cheap, millennials killed Applebees and anyone with Adobe and ten bucks worth of green sheets can make their own Jurassic World 2. Moreover, cynicism and nostalgia have created its fair share of films aiming for cheesy.  You are wise young Padawan. But one needs to look no farther than the big budget Hollywood films to find a sweet piece of Gouda.

Again, the rule to a good bad film is that it is genuine in its sincerity when creating its vision.  And it’s hard to find a film more genuine to its bonkers source material and diehard fans of said bonkers material than Twilight. If you think you’re above watching Twilight, you’re missing out on a great experience. It is one of the great comedies of our time. Besides the fact it instills the importance to young girls of being submissive objects that get chosen by overly aggressive males, it has the puzzling logic of finding one shoe at a bus stop.  And it absolutely ruins vampires. They are no longer tortured undead monsters, but smoldering teens who eternally attend high school, show up on film, eat tater tots as well as rare meat and are fine in the sun so long as it’s partially cloudy. Even then they just glitter like a 1990’s Drew Barrymore fan. Twilight encourages deep internal thought such as “Why enroll in high school for eternity? Aren’t there better ways to hide in plain sight than a system that requires birth certificates, recorded inoculations and parent/teacher meetings while endlessly doing venn diagrams on the symbolism of The Old Man and the Sea? Where do the wolves store their extra pants? Do they get them wholesale? Otherwise that’s a big monthly pant bill.”  As well as the universal “Why does anyone want to be friends with Bella?”  Down the line there’s nonsense about vampire wars and imprinting on small children. Every single scene is blinked through like someone pepper sprayed the set before yelling action.  Watch it as is, or sync it up with its awesome commentary from the guys at Rifftrax.

There are many great bad movies out there to enjoy, from terrible 80’s slasher films, to over-dramatic Lifetime Original Classics, the B-movies enshrined by Mystery Science Theater 3000 and pretty much anything starring Jennifer Lopez. They are meant to be shared with friends, feasted with delicious snacks and toasted with beverage as some skinny kid gets turned into a plant while shrieking “They’re eating her… and then they’re going to eat me… OH MY GOOOOOOOOOOOOOOOD!”

What is your favorite so bad its good movie? Is it The Boy Next Door? Because He buys Jennifer Lopez a first edition copy of The Illiad for a dollar. Think about that for a second. Let Nerdbot know in the comments!