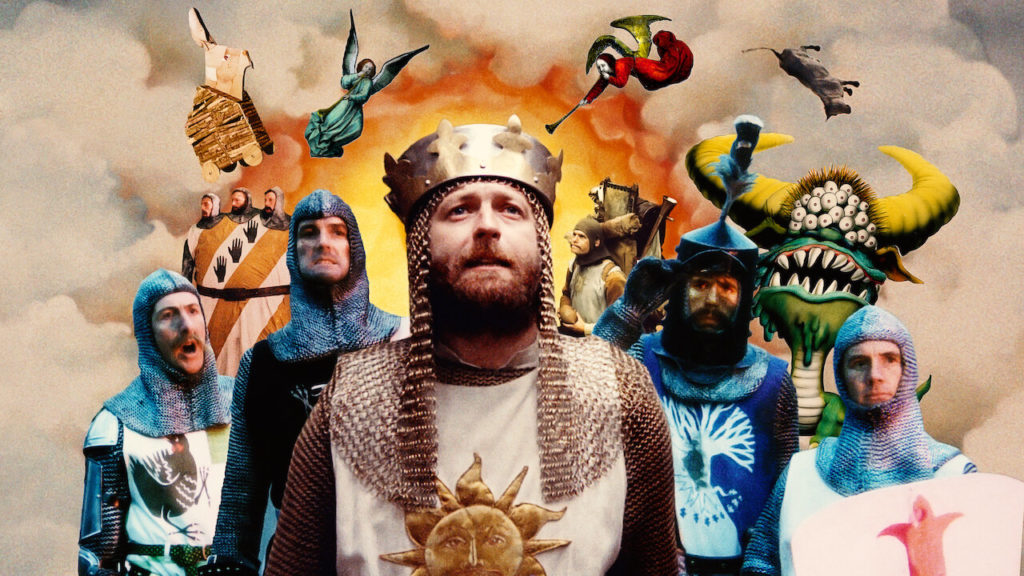 “Monty Python and the Holy Grail” is Getting a TTRPG

Get out the holy hand grenades and count to five — er, three! “Monty Python and the Holy Grail” is joining the table top RPG crowd. Hilariously named the “Monty Python’s Cocurricular Mediaeval Reenactment Programme,” the ttrpg is designed a little differently from standard Dungeons & Dragons. Character classes are switched out for situations, and the traits (in classic Monty Python fashion) range from helpful to downright silly. Critical rolls either negative or positive offer dire consequences, which produces a variety of bizarre solutions. Players can even choose to sacrifice a party member should a harrowing situation arise to avoid their own death. Brave sweet Concord, you shall not have died in vain!

That’s not all. The GM — called the Head of Light Entertainment for this game — gets to join in the fun as well. Bestowed with one of 20 personalities, the HLE can make decisions based on that personality. They can also receive complaints and letters sent in by the players at the table, “Dear sir, or madam”ing that personality out and exchanging it for a new one.

Fans won’t be disappointed either, as Monty Python’s Cocurricular Mediaeval Reenactment Programme is not just playing your way through “Monty Python and the Holy Grail.” Quite the contrary! Exalted Funeral, the indy publisher of the game, want players to be able to come up with their own, very silly, Pythonesque scenarios and campaigns. Something very important to the creators is not to simply walk through reenactments of the series. But to create their own scenarios that feel like a Monty Python film or movie.

“It’s a bit of a balancing act to try and find just the right amount of Pythonesque dissections versus just giving people a world, letting them see how it’s built and letting them go from there.” says Brian Saliba, co-designer of the tabletop adventure. Saliba and his brother Craig Schaffer grew up on all things Python, and have worked tirelessly to encompass more than just the universe of Holy Grail in a way that works while still being set loosely in medieval Britain. For Python fans, it sounds like a rollicking good time and a self-referential smorgasbord.

More details on the game can be found over at Diceworks.

Catch “Monty Python and the Holy Grail” on Netflix now.