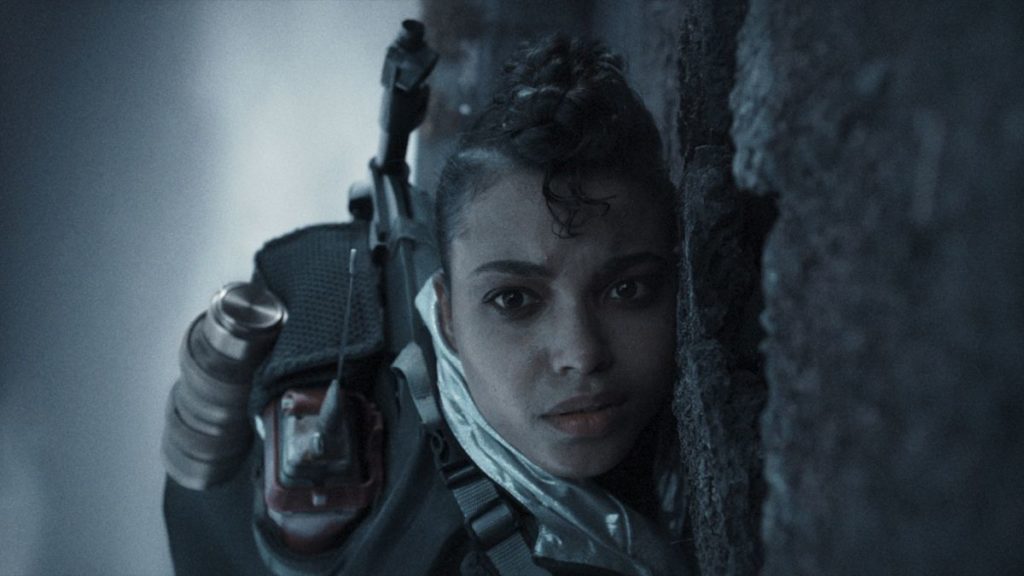 Barely a month after its debut, Netflix’s “Resident Evil” series is cancelled. The show struggled to find an audience, taking recognizable elements from video game counterparts without any of the lore surrounding them. The result: a mish-mash of frayed plot threads and weak story, supported only by its nostalgia for the video games its based on with little lasting power.

The series follows Jade Wesker, 14 years after a T-virus outbreak brought humanity to its knees. Battling the demons of her past, she attempts to fix the future by finding a cure and righting the wrongs of the evil Umbrella Corps. and discovering the secrets therein. What unfolds is drama, action, and spectacle. Unfortunately, it brings little in the way of substance, falling short on Netflix’s criteria for renewal and cost-to-viewer ratios.

There’s such a thing as too much.

Series creator Andrew Dabb (producer of “Supernatural”) wanted to expand on the “Resident Evil” universe, broadening the story possibilities by adding elements from several games at once. Therein lies the problem. “We’re not married to the games,” Dabb told Bloody Disgusting, possibly revealing the reason for the series’ shortcomings. “We’re not making a line-for-line or game-for-game adaptation on purpose, giving us a vast toy box to pull from. And we took very full advantage of that.”

But take out too many toys and the play room becomes nothing but chaos. In this case, the series stepped on the proverbial LEGO.

The cancellation of a series after season one is not new for Netfilx. It is unfortunate to see some series get an unfair cancellation, but “Resident Evil” has been put out of its misery. Given what Dabb hoped to add as later season story elements- Uroboros, Lady Dimitrescu, and Plant 42, for example -it’s a relief.

The “Resident Evil” franchise has yet to have a critically successful adaptation to film or tv. We’d argue the closest being the CG films produced *by* Capcom, the game’s creator. Maybe it’s time to try a line-for-line or game-for-game adaptation.

You can catch the series on Netflix now.