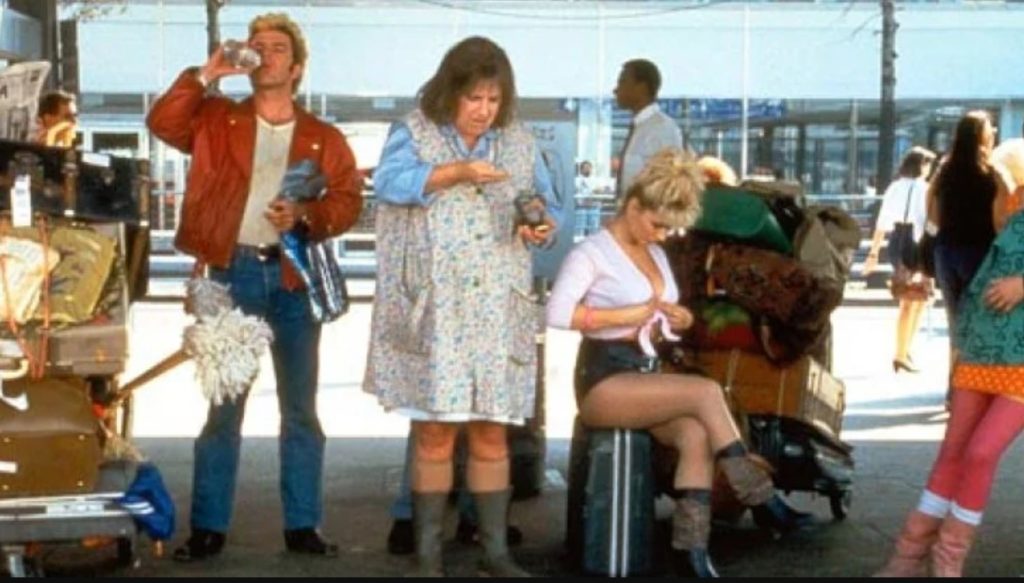 The Legacy of the Flodder Films

The US has The Beverly Hillbillies, the UK has The Royal Family and the Netherlands has the Flodder family. Written and Directed by Dick Maas in 1986, Flodder is a Dutch comedy film that follows an anti-social and dysfunctional family who move to an affluent neighbourhood as part of a social experiment.

Throughout the franchise, the film follows Ma Flodder, her five children, grandpa and their dog Whiskey as they constantly get into trouble and shenanigans. In the first film, the Flodder family has to move because their previous home is built on a former waste dump and the rest of the franchise (except Flodders in America) chronicles their adventures in the wealthy neighbourhood Zonnedael.

Naturally, this does lead to absurd humour satirising the Dutch welfare system that some people loved and others did not. Despite this, over time the film has become a cult classic and was even admitted to the prestigious Canon van de Nederlandse Film. Only a select group of films have been chosen to be preserved, making Flodder stand out as one of the most iconic films from the Netherlands.

It’s amazing that a film about a council estate family could have such a huge impact on popular culture and be remembered over 36 years later.

The original Flodder was such a huge success that it even won a Golden Calf award for Best Director. Naturally, as this film was so successful, it was decided that the Flodder family would return for another sequel. This time, the Flodders would still be ‘fish out of water’ but this time in a different culture entirely. Released in 1992, Flodders in America follows the family as they embark on a cultural exchange with an American family.

The Flodder family hit New York and get caught up in multiple mischievous misadventures including getting mistaken for Russian scientists, getting thrown out of a hotel and even working at a nightclub. Whilst there are some controversial moments throughout the film, Flodders in America became a success at the box office and even led to another sequel making the Flodder series officially a trilogy.

Almost ten years after the original film was released, Flodder 3 follows the Flodder family back in the Netherlands and back up to their usual shenanigans including Ma Flodder getting engaged to a homeless man, the family being framed for grand theft auto and even accused of prostitution. Each film raises the stakes even more and this clearly worked in the third film as it became the second most popular Dutch film of the year.

Journey into other mediums

Not soon after the release of the second movie, Flodders in America, Dick Maas decided it was time to give the Flodder family new life on television with the uniquely titled Flodder TV show. Most of the cast and crew were recast, but the spirit of the series continued on through mad schemes with the dysfunctional family. Amazingly, the series ran from 1993 until 1998 with 5 seasons and 62 episodes in total showing that the series was clearly doing something right.

What do audiences love about the Flodder family?

It’s easy to see why the Flodder films have continued to remain popular and spread into other mediums. Audiences just cannot get enough of the family as it’s refreshing to see an imperfect family get screen time instead of obnoxious and upper-class families.

People want to see dysfunctional families get into mayhem and shake up the status quo which is what the Flodder family often does. This is never done in a malicious way and is rarely intentional. Ultimately, this is why the Flodder family is so appealing to audiences as they are a downtrodden family caught up in strange shenanigans which is hilarious to watch. It’s not every day a tank is driven through your house – but that’s exactly what can happen in the Flodder film series.

It’s been too long since a new Flodder film was released and it’s about time that the family came fully out of retirement. With reboots and remakes becoming increasingly popular within the film industry, perhaps we shall see a brand-new Flodder film within the next few years. Hopefully, it will be just as candid as the original films with none of the controversial moments censored.