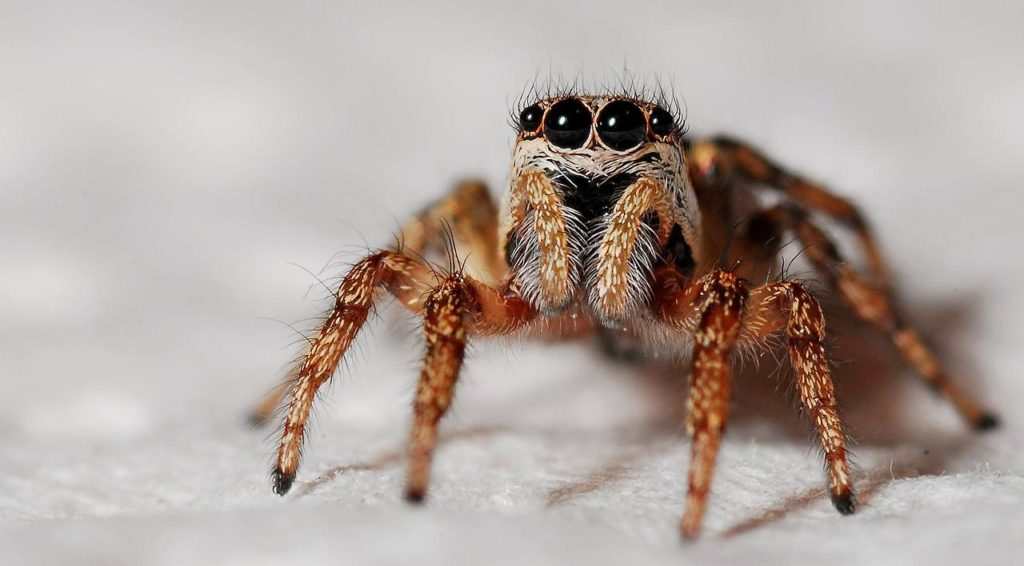 But how cute is this Zebra Spider?! Image by Wayne from Pixabay
Animals

Remember how we told you about Corey Allan Martin, who accidentally started a fire while trying to burn a spider with a lighter? The fire quickly erupted and burned 60 acres of wildlife, including plants and animals which didn’t have time to escape. Well, PETA (People for the Ethical Treatment of Animals) has sent a letter to Utah County Attourney David Leavitt to urging him to consider adding animal cruelty to the charges brought against Corey.

Corey approached authorities when they found him on the mountainside near what they called the Springville Fire. According to the police, Corey admitted to starting the fire by trying to kill a spider with fire.

PETA sending the letter serves two purposes. One, they want to make an example of this because no one should “attack an animal or insect in it’s own home outdoors” unless the creature is actively trying to kill the person. ATwo, PETA would like to use this as a stepping stone to get spiders protected, should another incident like this occur in the future. There are plenty of ways that you can re-home a spider that doesn’t involve killing it with fire.

A portion of the letter to Judge Leavitt from Sarah Deffinger, Senior Evidence Analyst for the Cruelty Investigations Department, (obtained by Nerdbot) reads as follows:

Although no humans lost their lives, the many wild animals who resided on the approximately 60 acres of land destroyed in the fire were undoubtedly less fortunate—including the spider whom Martin reportedly told police he was attempting to burn with a lighter when the surrounding brush ignited. Such catastrophic fires inflict terror and suffering on countless animals and cause them to endure prolonged, agonizing deaths.

Utah Code § 76-9-301 states that a person who “recklessly, or with criminal negligence … injures an animal” is guilty of cruelty to an animal and that a person who “kills an animal or causes an animal to be killed without having a legal privilege to do so” is guilty of aggravated cruelty to an animal. Although as an invertebrate, the spider Martin allegedly tried to burn to death wasn’t protected by Utah’s anti-cruelty statute, the mountains around Springville are home to a vast number of other species, from mule deer to yellow-bellied marmots, who are protected.

It’s an interesting take, one that many people may disagree with. However, if looking for cases that set a precedence, there were two that took place in California and Oregon. In California a man who started a fire in 2020 and killed 12 Condors was sentenced to 24 years in prison. In Oregon a known arsonist was convicted with the added charges of animal abuse after a sheep and another unnamed animal died in the fire he started in 2020.