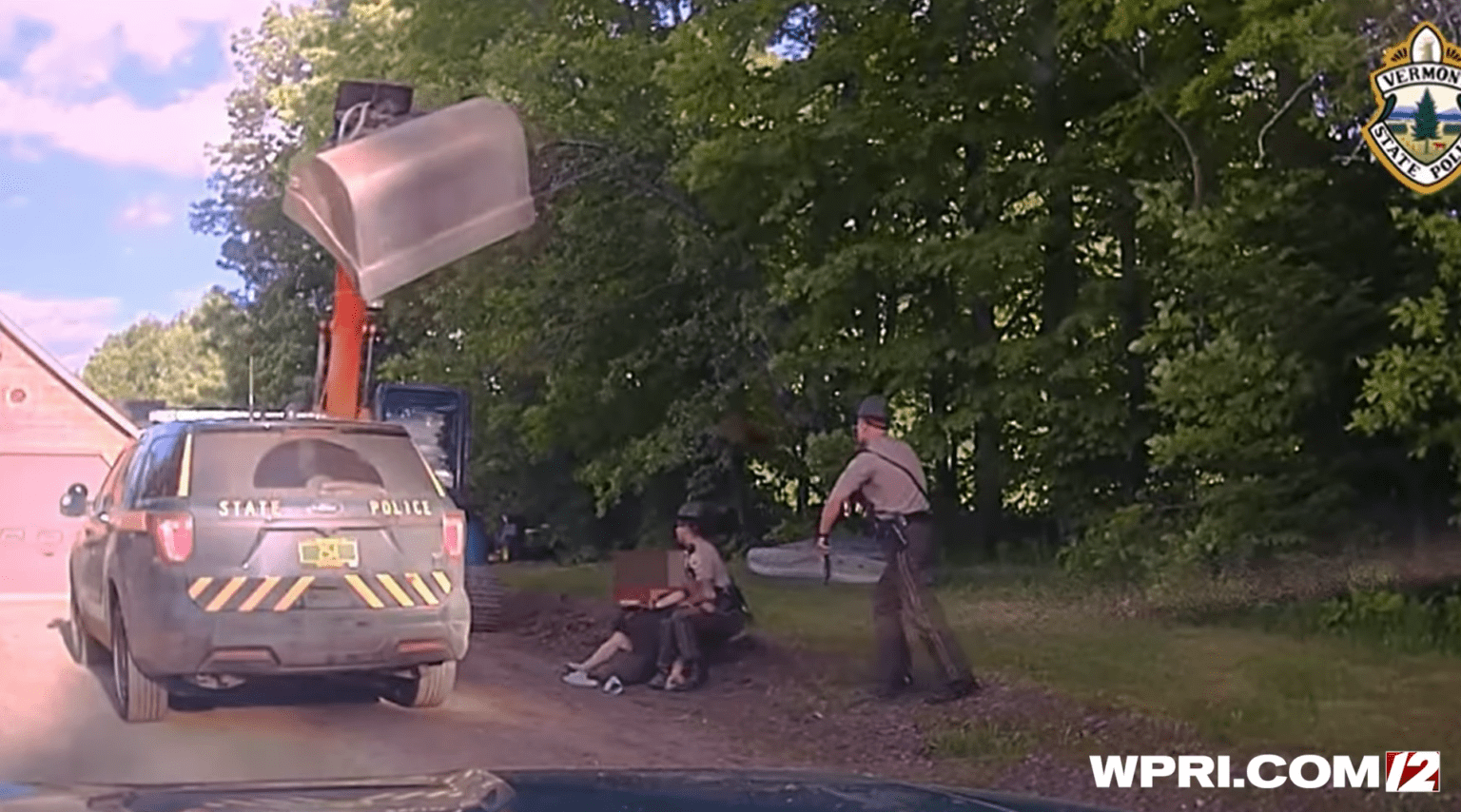 There are parents who will tell you that they’ll do anything for their children. Give them a kidney, take a bullet for them, etc.. Often times this isn’t even hyperbole; parental instincts run strong. That being said, a Vermont father may have taken this to a new extreme when authorities came to arrest his son. Instead of peacefully complying with Vermont State Troopers and letting the legal process unfold, he decided to threaten them behind the controls of an excavator.

On June 14th, in Hardwick, Vermont, the state police showed up at the Tallman family home with the intent of arresting 24-year-old Brandon Tallman for assault and battery charges. Suffice to say, things did not go as planned, and there’s video evidence to support that.

The first obstacle came in the form of the suspect’s mother attempting to physically stop the authorities from arresting her son. The pair of Vermont State Troopers were able to subdue both of them without using too much force. People resisting arrest or attempting to interfere in one isn’t something entirely uncommon though, so it’s not like this was entirely out of the realm of normal police training protocols. Then came the excavator.

Wayne Tallman, the suspect’s father, came up upon the Troopers and their vehicle while driving some heavy machinery. An excavator, generally used for heavy-digging projects comes equipped with a large boom and bucket operated by hydraulics. Even a compact excavator can weigh up to 13,500 pounds which can cause a lot of damage to man or machine. So when Wayne starts moving the bucket towards the officers and their vehicle, it is not a small threat to be taken lightly.

Even though there’s a lack of audio for the confrontation, you can see the Troopers appear to reason with the father. It’s not until he starts swinging the bucket directly towards one of the men that a weapon is drawn and the situation escalates. According to the police department, no one ended up being hurt and the situation was resolved with the three members of the Tallman family being taken into custody. Mom Amy Tallman is facing charges of impeding an officer while dad Wayne faces charges of reckless endangerment and assault on a protected official. He also presumably is going to have problems renting an excavator ever again.

Watch out, Florida Man– it is the time of Vermont Dad.