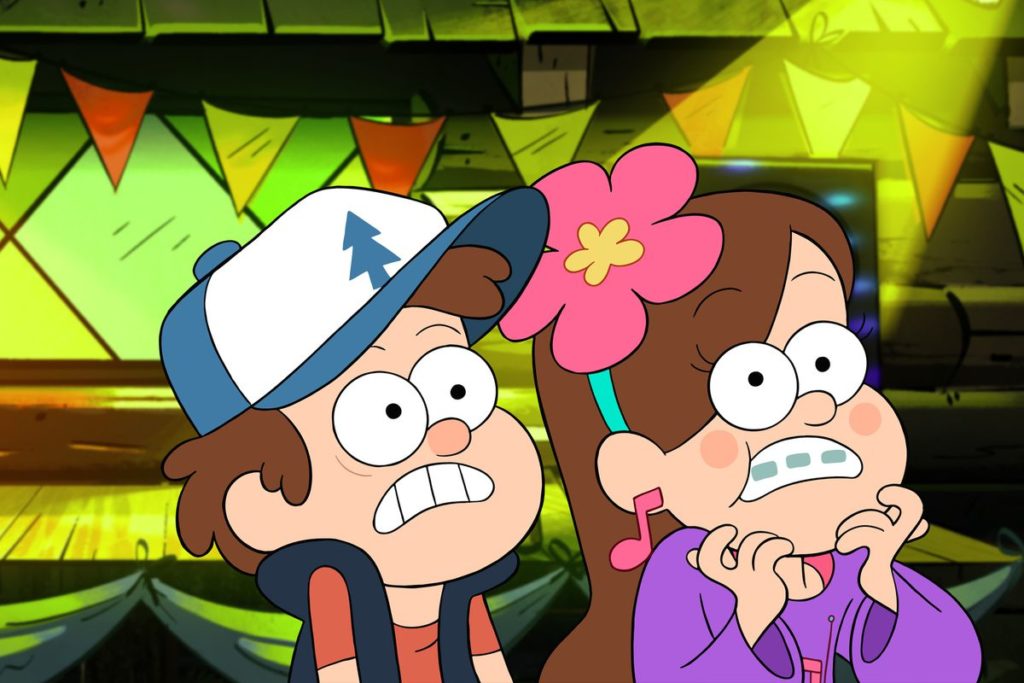 It’s been 10 years since the debut of Disney Channel series “Gravity Falls” (and about 6 since it went off the air). In commemoration of this anniversary, series creator Alex Hirsch has been sharing various goodies this past week. Let us draw your attention to a truly spectacular and unhinged series of exchanges between Hirsch and the Disney S&P team regarding “Gravity Falls.”

S&P are Standards and Practices, they are typically the internal department at a television network who regulate the content of the show. Think internal censorship. While television shows are held accountable to the television content ratings of various countries, it’s typically up to an individual network – though there are wider regulations set forth. In the United States, television is regulated and rated by the Federal Communication Commission (FCC). The ratings system began as voluntary in 1996, but at this point, few networks (cable or otherwise) opt out.

Disney, with their “family friendly” persona to keep in mind, are usually aiming to keep within the TV-G/ TV-PG rating. These are typically “most parents will find this program suitable for all ages” and “this program contains material that parents may find unsuitable for younger children,” respectively.

Hirsch’s following exchange with S&P demonstrates that myopic mindset along with a bevy of other bizarre hang ups. Just to give an example:

Pg 31 – Please revise “poopface” as it comes across as a replacement for “shitface.” Prior use of Mabel saying “Poop. Poop. And Butts” in the episode Fight Fighters came across as more childlike and not as offensive.

Hirsch: I’ve never met a human on earth of any age who would be offended by a cartoon saying the word “poop face” Not changing it.

Hirsch’s “Gravity Falls” thread contains some truly ridiculous examples. According to him, they are 100% real. It’s been viewed 4.5 million times on his Twitter thread alone.

It’s highly unlikely we’ll ever see more “Gravity Falls,” even with this renewed interest in the series. Both seasons of the animated series are available to stream on Disney+ now.