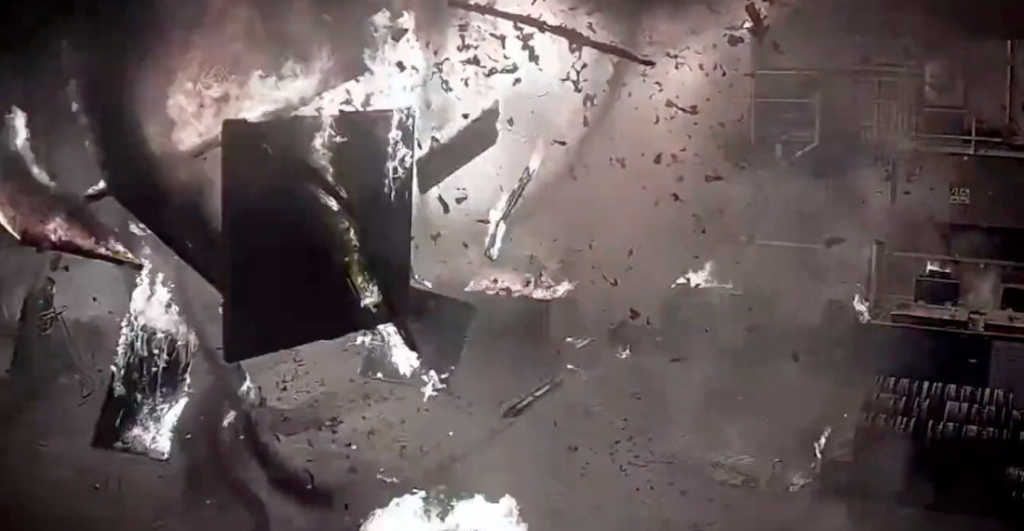 If you’ve ever wanted to see what a hellish scenario looks like, you’re in luck. J.D. Christopher shared a video of an accident at an aluminum extrusion line earlier this month. He jokingly said that this accident opened a portal to a demon dimension, which was not far off. Flames and debris fall from the ceiling, everything we see being incinerated in the process.

Canal Sur, a radio and television station, reports the fire took place in a warehouse located in Dos Hermanas, Spain. The aluminum company, Aleuropa S.A., was very lucky no one was hurt in the incident. Local authorities said the warehouse fire caught on quickly, with high volatility.

The deputy mayor for Mobility and Urban Cleaning Antonio Morán Sánchez confirmed the fire was under control. Authorities are investigating the cause of this violent eruption. Some people suspect it was due to the Rockwell Retro Encabulator.

When all was said and done, Christopher said the damage was not as bad as it could have been. He shared images of the aftermath.