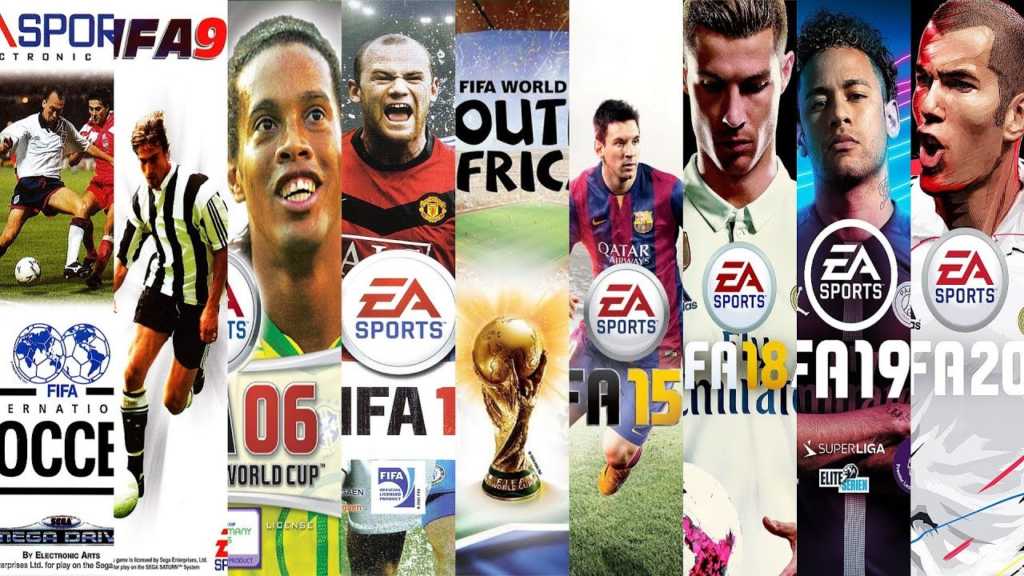 Ever since football has developed a widespread popularity and appeal, people have always wanted to feel what it is like to actually get out on the pitches and compete against some of the best in the business. While this is an impossible pipe dream for the vast majority of people, there is no doubt that the video game series FIFA has developed makes it feel more and more real. Of course, in its very early stages, there was nothing like the incredible graphics and realism that exist today. With this in mind, let’s examine the history of the FIFA video game series and how it has developed over time.

The first FIFA game came out at the beginning of the 1990s and was a world away from what we are familiar with in the modern world.  ‘FIFA International Soccer’, was released in 1993 and only featured national teams, which meant that the possibility of competing against your favourite clubs was simply not an option. Not only this, but real player names were also not used, which meant that you were just playing as a load of random players!

Amongst the older millennial generation, FIFA 95 is the one that they remember and look back on with a great sense of fondness. While the gameplay was still limited in many ways, they had managed to fix the bug that plagued the original FIFA game that meant you could score by just standing in front of the goalkeeper! There were eight national leagues that were widely available, which helped to bring it more in line with the desires of a modern audience.

It was in the FIFA 97 edition where the players started to appear in a polygonal format, which gave them much more of a realistic appearance than the semi stick men that you were playing with before. Over the next couple of years, these graphics became more and more eye-catching, and this developed as the consoles kept on moving up from generation to generation.

In the FIFA 08 edition, the highly popular ‘Be a Pro’ feature was added, which allowed people to have the opportunity to take part in the games in a way that felt much more real. This gave more of an individualistic feel than simply playing as the whole team, which was the norm beforehand.

It was not long before FIFA became a sport in its own right, which meant that people were able to build up their abilities and take part against the best in the business. Ultimately, this represented a major step forward and changed the complexion of the game. Now, people even seek out the best FIFA betting experience so that they can follow along with the games even more closely.

There you have a history of what the FIFA games have brought to the world, and who knows where this will end up taking us?