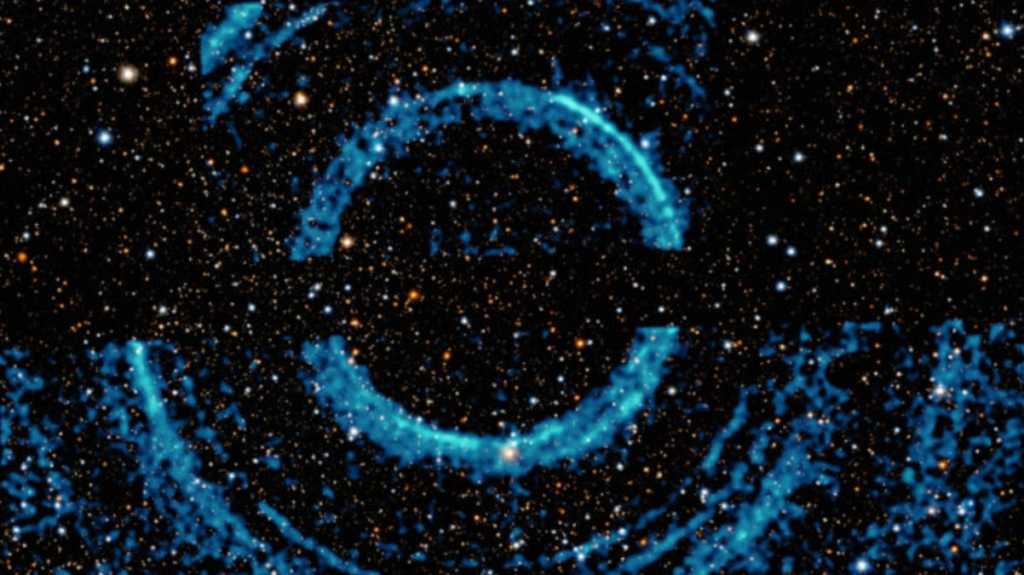 Black Hole Image from NASA is PokéStop in Space

For those of us who enjoy Pokémon Go, here’s a reason we MUST travel to space. A new image released by NASA shows some spectacular lighting effects around a black hole. And, it kinda looks like a PokéStop!

NASA’s Chandra X-Ray Observatory and Neil Gehrels Swift Observatory took the images to create a composite. The image is a combined view of natural light, X-rays, and infrareds. Which, let’s be honest, have created a stunning picture.

This black hole is in the binary system V404 Cygni, currently located 7,800 light-years away. It’s pulling in material from a companion star into a disk around the object, which is why we get circular shapes. The rings generate from light echoes. Light echoes are created when a burst of X-rays from the black hole system bounces off dust clouds between V404 Cygni and Earth.

So, whether or not it’s MewTwo or just the beauty of the universe, this is pretty wonderful to look at. I’ll forever think of it as the first PokéStop in space though, as I’m sure many Pokémon fans will as well. Is it possible that other worldly beings have downloaded Pokémon Go and are now sending us messages in the way PokéStops? Maybe! I mean, probably not but that would be cool.